Peak Season vs. Off-Season Travel: What Are the Differences in Costs? 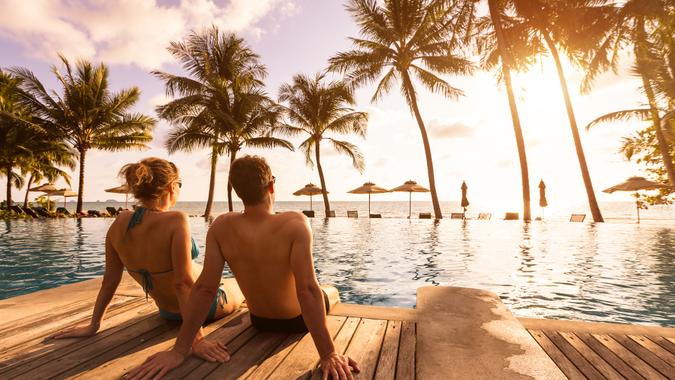 While there’s still plenty of trepidation in America and beyond, the travel industry is open for business once again — and it’s high time. The world is overdue for a vacation.

The virus has changed nearly everything about travel, from where you can go and how big your group can be to what you can pack and the mask on your face.

One thing, however, will never change: the law of supply and demand.

When you travel in the peak season — when everyone else wants to travel — demand, and therefore prices, are high. In the off-season, planes take off with empty seats, hotels are filled with empty beds and the travel industry as a collective lowers prices to increase demand.

When Is the Off-Season? That Depends on You

But it also depends on things like whether or not school is in session and whether or not you’re traveling during holidays — that includes holidays both in your country and wherever it is you’re headed. Which hemisphere you’ll be visiting plays into the equation, too, as does the all-important variable of weather.

In virtually all cases, off-season discounts come with a compromise. There’s a reason that Vermont and New Hampshire are packed during the beautiful fall foliage season and empty during the region’s notoriously brutal winters. You’d be lucky to find a hotel room in New Orleans during Mardi Gras, and if you do, you’ll pay much, much more than you would for the same room any other time of year.

Did You Know: How Eco-Friendly Travel Can Save You Money in 2021

Generally, if you’re willing to pay more and tolerate crowds, you can visit places when the weather is better, when there’s more to do and when it’s the best time of year to enjoy whatever it is that makes the place you’re going to special.

If you’re willing to sacrifice things like primo weather and scheduling, on the other hand, you can expect to pay much less and have the run of the place when you get there.

Here’s a brief synopsis, according to Columbus Travel, on how off-season travel deals tend to play out in real life. It’s important to reiterate that these patterns are pre-COVID-19. Neither Columbus Travel nor anyone else can say for sure if the old rules will still apply in 2021 and beyond now that the dam is bursting on a year of pent-up demand.

Americans Are Ready To Travel Again: Here’s How Much They Plan To Spend on Vacations This Year