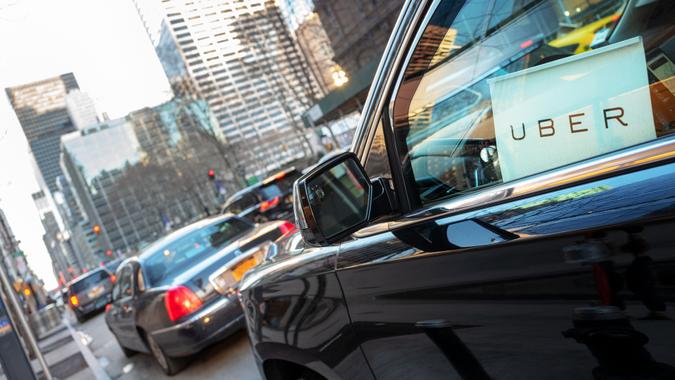 Don’t be surprised if your next Uber ride or Uber Eats delivery costs a little more than you are used to.

Ridesharing giant Uber has announced temporary surcharges to all its ride and food delivery services as gas prices remain high and volatile.

The surcharges will come into effect on Wednesday, March 16, and will affect both Uber’s ride-hailing and Uber Eats’ food delivery services in the United States and Canada. Surcharges of $0.45 or $0.55 will be added to standard U.S. Uber trips, while American Uber Eaters customers will be charged $0.35 or $0.45 for delivery orders (Canadian customers can expect a $0.50 surcharge for Uber rides and $0.35 for meal deliveries respectively).

The surcharge amount will be dependent on trip distance and gas prices in each state. New York City is excluded from the new charges because its Uber drivers received a 5.3% pay increase on March 1 to offset rising gas prices, Uber stated.

The surcharges have been designed to reduce the burden of high gas costs and 100% of the extra money will be going straight to Uber drivers.

“We know that you’ve felt the sting of record-high gas prices, which have affected how much you’re able to earn on Uber. In an effort to reduce the burden of high fuel costs, we are rolling out a temporary fuel surcharge to support drivers and delivery people beginning Wednesday, March 16,” said Liza Winship, Head of Driver Operations US & Canada, in a blog post released by the company Friday.

The temporary surcharges are expected to last at least 60 days and may change as Uber monitors fuel prices over the upcoming weeks and months. Gas prices have soared due to sanctions against Russia over its invasion of Ukraine and hit record highs last week.

See: Thanks to Inflation, 64% of Americans Now Live Paycheck to Paycheck
Find: How Much Do Uber Drivers Make? Is It Worth Your Time?

The San Francisco-based mobility as a service (MaaS) company controls approximately 71% of the U.S. industry market share and is also the current leader in meal delivery companies.