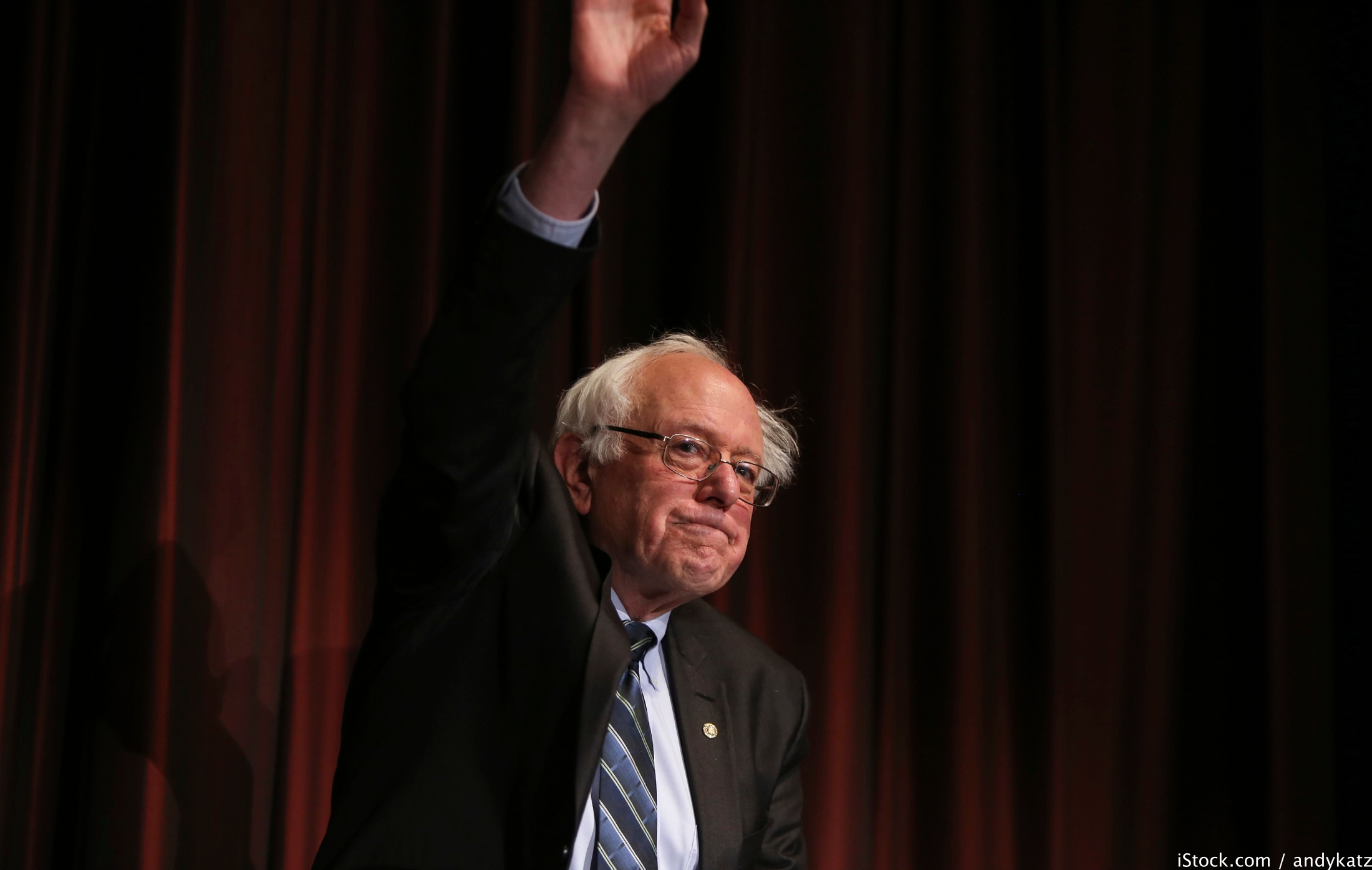 Democratic presidential hopeful Bernie Sanders is taking aim at the ultra wealthy, making his 2016 campaign about income equality for all Americans.

The Vermont senator is rivaling Hillary Clinton, his main opponent for the Democratic presidential ticket. Sanders, a self-described Democratic Socialist, has pledged to fight “obscene” income inequalities between the wealthiest 1 percent and the middle class.

For Sanders, redistributing wealth starts with taxing the rich. Here are 10 reasons why.

The more you make, the more you owe in taxes, right? It’s actually the opposite, as the Sanders campaign has pointed out and vowed to fix.

The average federal income tax rate falls as individuals go from being merely wealthy to super-duper rich, according to a recent Washington Post blog that cited IRS data. As an example, though these workers are by no means considered the uber rich, people with an income of $62,000,000 pay virtually the same effective tax rate as people who earn $85,000 in adjusted gross income. Warren Buffett has famously said that his tax rate was lower than his secretary’s.

Sanders has argued for total tax reform, with wealthy individuals and profitable employers paying their fair share. “It is not acceptable that major profitable corporations have paid nothing in federal income taxes and that some corporate CEOs in this country often enjoy an effective tax rate which is lower than their secretaries,” he said.

2. The Rich Get Tax Breaks

The super rich are paying taxes at a lower rate, Sanders said, due in large part to the generous tax breaks provided by the country’s non-progressive tax system. For example, many people don’t own homes, yachts or other assets that provide tax deductions for wealthier individuals.

Sanders has brought attention to the capital gains tax on investments and to the estate tax involving the transfer of property after a person dies. Both benefit the wealthy, he said.

3. The Rich Are Growing Richer

While the wealthiest people grow richer, the poor remain poor. Or put another way, the income gap is widening, particularly since the Great Recession upended the U.S. economy.

“Over the past 30 years incomes have soared both among the wealthy and the ultra wealthy. The higher up the income ladder, the bigger the rise has been,” reported The Economist.

Sanders said he intends to close that gap. He has called the issue of wealth and income inequality the biggest issues of our time — politically, economically and morally. He has demanded that the rich, as well as corporations, pay their fair share in taxes. He has also called for investing $1 trillion on infrastructure, which would also create jobs.

4. The Ultra Rich Are Almost Tripling in Number

There’s the rich and then there’s the super rich, otherwise known as the 0.001 percenters.

According to a recent report by economists at the University of California at Berkeley, in the 1980s, the super rich with a net worth of $100 million or more owned slightly more than 4 percent of the country’s wealth. By 2012, their share of wealth nearly tripled in size, reaching about 11 percent.

Sanders and others have blamed this uptick on unfair tax rates. Sanders has said the solution is to raise taxes for the rich to a fairer rate, perhaps to 50 percent or more.

Raising the tax rate for the rich and for corporations would generate a big increase in government revenue. Sanders has said his administration would seek to use that revenue to rebuild America’s aging infrastructure, to create jobs and to make public colleges and public universities tuition free.

6. To Raise the Minimum Wage

Sanders wants the minimum wage to be raised gradually to $15. As he has said publicly: “I don’t think it’s radical to say if you work 40 hours a week you should not be in poverty. It is time to redistribute money back to the working families of this country from the top one-tenth of 1 percent.”

7. To Fund Free Tuition for Students

Sanders said he plans to fund his promise for free tuition at public colleges and universities by hitting up the wealthy and where money resides, corporate America and Wall Street.

His plan is to use a Wall Street financial transaction tax to generate revenue so that all students have access to higher education. This means stocks and other assets will be taxed and investors will have to pay a tax on their trades.

Related: 10 Things No One Tells You About the Cost of College

8. To Lessen Their Political Influence

Sanders believes that government rules must guarantee that businesses act responsibly. He seeks to remove, or at least lessen, the influence of wealthy corporations and the super rich in politics by upping their taxes and holding them more accountable.

Sanders has said in at least one television appearance that the uber rich have “psychiatric issues.” Billionaires are “addicted to money,” he said. “We all know people who are addicted to alcohol or drugs; these people are addicted to money.” Consequently, he said, a “philosophical war is being waged against the middle-class and working families.”

The solution is a “political revolution,” he said, but one that looks backward to a time when “one person could work 40 hours a week and make enough to take care for the entire family.”

Sanders has said that implementing a higher tax rate for the wealthy will lessen the income gap.

10. To Create Jobs Through Infrastructure

Sanders has proposed investing $1 trillion over five years in infrastructure, which he says would put some 13 million Americans to work. He would fund this project by making corporations pay taxes on profits earned abroad or shifted offshore, as well as higher taxes for the wealthy.

“Corporate America, you ain’t going to stash your money in the Cayman Islands and not pay any taxes at all,'” he said on a television news program. “If you are very, very wealthy, as Warren Buffett reminds us, you know what? You’re not going to continue to pay an effective tax rate lower than middle class people.” 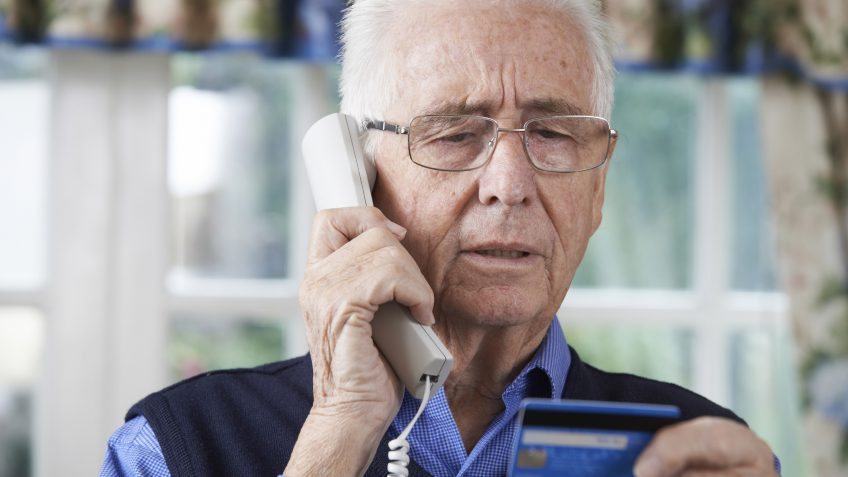 8 Seasonal Scams You Need to Know Before 2016