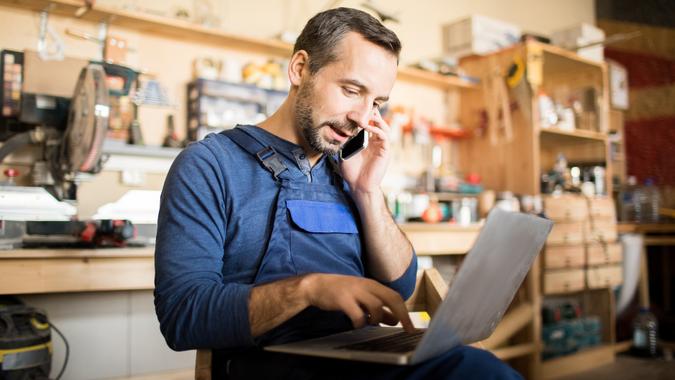 If you owe fourth-quarter estimated taxes for the 2021 tax year, time is running out to get the payment in and avoid a penalty. The deadline is Tuesday, January 18 for those who file estimated taxes because of income from self-employment, independent contracting, investments, small businesses, side gigs and similar work.

See: Missed the Tax Deadline? Here’s What To Do
Find: 22 Side Gigs That Can Make You Richer Than a Full-Time Job

Taxpayers who paid too little in estimated taxes last year can also avoid a tax-time bill and possible penalty by making the quarterly estimated tax payment on Jan. 18, the IRS said on its website. This is especially important if you forgot to make estimated payments in 2021.

Most taxpayers don’t have to worry about estimated taxes because they work for employers who withhold income taxes from their paychecks. But for those who earn income in other ways, quarterly estimated taxes are required to ensure you don’t get hit with penalties or a huge tax bill when you file your return.

“Everyone needs to pay taxes,” Bryan Hasling, a certified financial planner and partner at Lodestar Private Asset Management, told CNBC. “And the IRS strongly prefers that you pay them steadily across the year as opposed to waiting until the last minute — which is tax day.”

See: Delays in Tax Return Processing Expected as IRS Is Still Understaffed and Overwhelmed
Find: Didn’t Get Your Child Tax Credit? Here’s How To Track It Down

You might also need to pay estimated taxes if your family received advance payments of the Child Tax Credit in 2021 but you don’t expect to qualify for the credit when you file your 2021 return.

If you didn’t make required quarterly estimated tax payments earlier in the year, doing so now can cover the missed payments and either lessen and or eliminate any penalty, the IRS said. Because the penalty calculation considers the date on which the payment or payments were made, you can do yourself a big favor by making a payment on Jan. 18 instead of waiting until the April filing deadline.

For those paying estimated taxes at the last minute, the fastest and best options are to visit the IRS DirectPay site or send money through your IRS online account. In the event you’re unable to pay on time, you could face a late payment penalty of 0.5% of your balance due for each month after the due date, up to 25% of your tax owed.