If you’re thinking of pulling a fast one on the IRS when you file your taxes, think again. Tax fraud, along with its sibling tax evasion, is a criminal offense that can result in harsh consequences. If you don’t fulfill your legal responsibility to pay taxes, the IRS could hit you with a variety of civil or criminal sanctions, from fines and penalties to prison sentences.

But what is tax evasion, exactly? And what is tax fraud? Learning what these crimes are is the first step to avoiding them. Instead of committing a federal tax crime, consider tax avoidance — then you can legally cheat your tax bracket, instead.

What Are Tax Evasion and Tax Fraud?

According to Title 26 of the Internal Revenue Code, “Any person who willfully attempts in any manner to evade or defeat any tax imposed by this title or the payment thereof…” is guilty of tax fraud. Under this general umbrella of tax fraud falls tax evasion, which is a specific subset of activities such as non-disclosure of income or the reporting of false expenses.

You have the right to decrease your tax liability by claiming lawful deductions and charitable contributions, but you can’t avoid paying what you owe. If you’re aware of any business or individual committing this crime, you should act — always report tax fraud to the IRS.

Don’t confuse tax evasion with tax avoidance. Tax avoidance is legal — as long as you claim legitimate deductions that qualify with the IRS. Evading tax, however, falls into the same category as tax fraud because in both cases cheating the taxman is deliberate.

If you haven’t done anything wrong, you won’t have problems during an IRS audit. If you’ve cheated, however — and you’re wondering what happens if you don’t pay taxes — here’s what you might be in for:

Those who intentionally evade paying income taxes might be charged with a civil penalty, too, which can add up to 75 percent of the unpaid tax that’s attributable to fraud, on top of whatever taxes are owed. As a taxpayer, it’s important you remember that if you’re not honest with the IRS, you could run into stiff IRS tax fraud penalties.

Learn: What to Do When You Can’t Pay Your Tax Bill

If you don’t file a return or pay the taxes you owe, the IRS will assess penalties based on how it views your failure to file and pay.

Your failure to file can fall into one of three categories:

The last two tax evasion penalties are on the severe end of the spectrum. The difference between civil and criminal fraud is the degree of proof required. In civil fraud cases, the government must prove fraud by presenting clear and convincing evidence. In the case of criminal fraud, the government has to present sufficient evidence to prove guilt beyond a reasonable doubt. An IRS criminal investigation is a lengthy and expensive process, as you will likely need to hire a tax attorney. However, it is rare that the IRS will pursue a criminal prosecution against an individual unless the fraud was particularly egregious.

You could also face an IRS tax audit from previous years, so ensure you accurately filed your past returns.

Here are answers to some frequently asked questions about tax evasion:

1. Can I Challenge a Tax Audit?

If you disagree with the outcome of an IRS audit, you have the right to file an appeal. You might want to enlist an attorney or CPA to help you prepare your defense because both tax avoidance and tax evasion are federal crimes.

2. How Long Does a Tax Audit Last?

The length of an audit depends on many factors, including its type and level of complexity, your ability to provide any requested information and your acceptance — or rejection — of the findings. There is no standard length of time an audit lasts, so keep your necessary receipts for several years of tax returns to streamline the process should an audit occur.

3. What Happens If I Don’t File Taxes?

Not filing taxes will result in a failure-to-file penalty, as well as interest on unpaid taxes. At worst, you could face jail time and hefty fines.

Get the Details: This Is the Penalty for Filing Taxes Late

Yes. Punishment for tax evasion is severe and has lifelong repercussions. As a felony, tax evasion jail time is always at least one year. 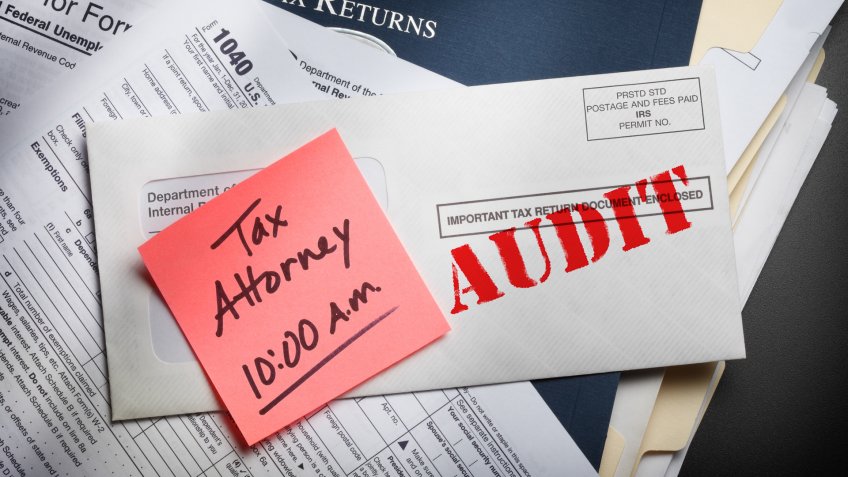 6 People Who Faced Tax Audits Have These Tips for You

Here's what to do if you get audited by the IRS.