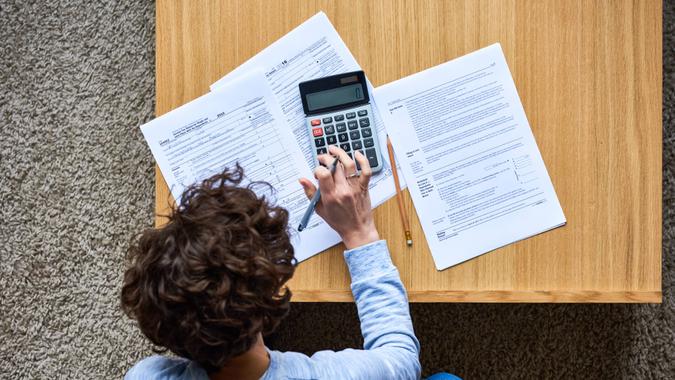 The 2022 tax filing season is scheduled to begin on Jan. 24, and tax return delays are set to begin about a day later. Okay, that’s probably an overstatement. But less than two weeks ahead of tax season, the IRS is urging taxpayers to take certain steps to avoid the kinds of massive delays and backlogs that plagued the agency in 2021.

See: 2022 Tax Filing Season Begins January 24 — What To Expect Ahead of the April 18 Deadline
Find: Inflation and Your Taxes — How Do Higher Prices Impact Your Tax Bracket?

Those delays were due to a confluence of events that caught the IRS short-handed and overwhelmed. One was the COVID-19 pandemic, which infected some of the agency’s staff and forced certain offices to close. Another was the mass issuance and processing of COVID-related benefits such as stimulus checks and advance child tax credit payments, which sucked up a lot time the IRS would normally devote to processing tax returns.

In a statement issued on Monday, the IRS warned that taxpayers might face similar delays this year.

“The pandemic continues to create challenges, but the IRS reminds people there are important steps they can take to help ensure their tax return and refund don’t face processing delays,” IRS Commissioner Chuck Rettig said. “Filing electronically with direct deposit and avoiding a paper tax return is more important than ever this year. And we urge extra attention to those who received an Economic Impact Payment or an advance Child Tax Credit last year. People should make sure they report the correct amount on their tax return to avoid delays.”

See: How Most People Spent Their Stimulus Checks
Find: 8.5 Million Tax Refunds Have Yet To Be Sent — What To Do If You Haven’t Received Yours

He added that in many areas, the IRS is “unable to deliver the amount of service and enforcement that our taxpayers and tax system deserves and needs. This is frustrating for taxpayers, for IRS employees and for me.”

Rettig is right about the frustration part. Phone lines have been so overwhelmed that the IRS was only able to answer about 10% of calls last filing season, Bloomberg reported. And as of mid-November 2021, the agency still had a backlog of about 8.6 million returns to process. Normally, the IRS would start a new filing season with a backlog of less than 1 million returns.

“Our phone volumes continue to remain at record-setting levels,” Rettig said. “We urge people to check IRS.gov and establish an online account to help them access information more quickly. We have invested in developing new online capacities to make this a quick and easy way for taxpayers to get the information they need.”