Republican presidential nominee Donald Trump promises broad tax relief for all Americans, a simplification of the tax code and initiatives to grow the American economy. Although Trump initially laid out a tax plan last year, the proposal has undergone several revisions as recently as a few weeks ago.

Trump initially proposed to simplify the tax code and lower tax rates for all. In August, the plan was adjusted. Additional updates followed in September.

The latest version of the Trump tax plan reduces his first proposal of four tax brackets down to three: 12 percent, 25 percent and 33 percent. His plan also reduces capital gains tax rates to zero, 15 percent and 20 percent. How much you would pay depends on your income and marital status.

Businesses would enjoy a reduced corporate income tax rate of 15 percent, down from the current 35 percent. Finally, Trump promises to eliminate the estate tax.

Trump plans to lower taxes for all. Meanwhile, Democratic presidential nominee Hillary Clinton will keep taxes the same for all but the wealthiest individuals, who will see tax increases. Clearly, lowering taxes for all will cost the federal government revenue unless there is a compensating strategy to increase revenue.

Why Trump’s Plan Will Cost Trillions of Dollars

The Tax Foundation analyzed Trump’s revised tax plan and concluded that it will cost the country trillions of dollars in lost revenue. Due to the imprecise nature of future projections, the cost of Trump’s tax plan varies from a loss of $3.93 trillion to a loss of $5.9 trillion over the upcoming decade.

On a positive note, his plan would “increase the long-run size of the economy” by up to 8.2 percent, according to the foundation. The Tax Foundation estimates that lower marginal tax rates for individuals and corporations would result in long-run GDP growth, rising wages and more jobs.

Following is a more detailed look at how Trump’s tax proposal could impact revenues.

Trump’s proposed individual income tax reductions would create between $2.19 trillion and $3.73 trillion in revenue losses, according to the Tax Foundation. Although still in the trillions of dollars, this amount is improved over Trump’s initial plan, which was projected to cost more than $10 trillion in lost tax revenues.

On a positive note, these changes imply that individuals’ after-tax income would grow between 3.1 percent and 4.3 percent.

Trump’s tax plan would eliminate all federal estate, gift and generation-skipping taxes. These tax changes would cost the country $223.8 billion from 2016 through 2026, according to the Tax Policy Center, a joint venture of the Urban Institute and Brookings Institution. Ultimately, this tax provision would be a boon for the wealthiest taxpayers.

Recently, Trump spelled out new child care initiatives. Trump’s proposal would expand tax breaks for the costs of child care and care of elderly parents. Lower-income families who might not profit from the tax break could benefit from added rebates through the Earned Income Tax Credit.

The newer and expanded corporate income tax reductions could cost up to $1.94 trillion at the low end, according to the Tax Foundation analysis. The recent estimate is greater than the $1.86 trillion lost revenue impact of Trump’s 2015 plan.

Finally, there is some confusion about whether the 15 percent corporate tax is only available to C corporations.

Donald Trump’s tax plan expects to do away with the alternative minimum tax. If enacted, this would cost around $354 billion to $428 billion, according to the Tax Foundation. Add in the repeal of the net investment income tax, and the government would lose an additional $447 billion to $628 billion. Top these two provisions off with the option for businesses to choose between deducting interest or expensing, and you would have an additional cost of around $192 billion to $322 billion.

Ultimately, tax cuts lead to lost revenue. Donald Trump’s tax plan cuts taxes at all income level. This is a short-term win for taxpayers, and a long-term loss, due to the greater federal deficit.

All in all, Trump’s revised tax plan will still cost trillions, but fewer trillions than the initial 2015 plan. On the positive side, several of his proposals have a positive financial impact, including replacing the personal exemption with a larger standard deduction and eliminating certain business expenditures.

Under the Donald Trump tax plan, federal taxes for all Americans would be reduced. Additionally, the corporate and personal tax cuts are projected to improve the population’s wages and the country’s gross national product.

However, the bad news is that without commensurate spending cuts Donald Trump’s tax plan would cost the country trillions of dollars, according to analysts. An additional cost would be the increase in national debt levels that will cost U.S. taxpayers over the long term. 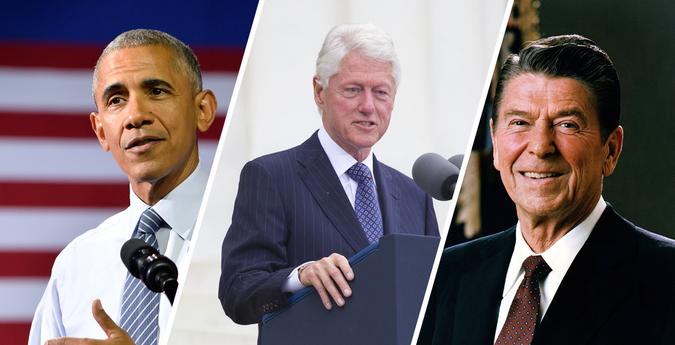 Trump Won’t Release His Taxes — But These Presidents Did