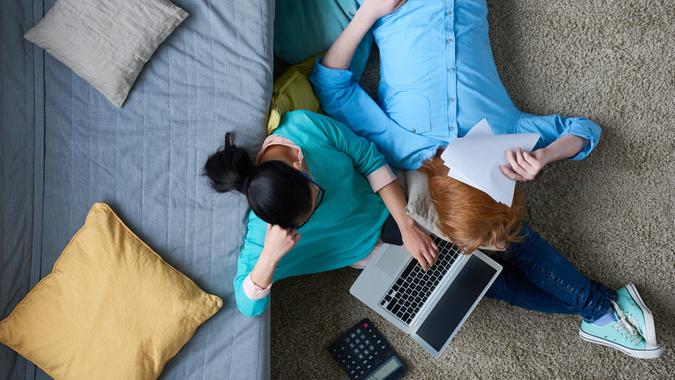 Last month, the IRS decided to extend the tax-filing deadline for the second year in a row. Instead of April 15, most Americans need to file their taxes by May 17 — a sweet, sweet song for all the procrastinators out there.

But this extension doesn’t apply to everyone.

See: These Are the Penalties for Filing Taxes Late
Find: How To Calculate Estimated Taxes

If you’re filing earnings from tax year 2020, then you’re safe to wait until May 17; but if you’re one of the freelancers, gig workers or self-employed individuals who files quarterly estimated-tax payments, then your first quarter earnings from 2021 are due today.

Types of income that aren’t subject to withholding and may need to be filed quarterly include: self-employment, alimony, dividends and capital gains.

Along with freelancers and self-employed Americans, sole proprietors, partners and S-corporation shareholders may also be affected.

See: 5 Common Reasons You Might Owe Taxes
Find: What Do the Richest 1% Really Pay in Taxes?

This has sparked debate over whether the IRS should have extended the deadline for all Americans — including those who pay quarterly tax installments — but commissioner Chuck Rettig maintains that the extension was meant to help the “most vulnerable of individuals,” and not wealthy Americans.

“There’s a large contingent of wealthy individuals in this country who do not make their estimated payments and who essentially take the money they should be paying in quarterly estimated payments to the government and take the arbitrage, invest it, and we’re not going to give them a break of interest and penalties to do so,” Rettig said to Congress in March.

For the quarterly taxpayers who aren’t wealthy, the lack of extension is more understandably frustrating. But we all have to bite the bullet on taxes at some time or another.