Income Taxes: IRS Sent Erroneous Balance Due Notices to Married Couples — What To Do If You Got One 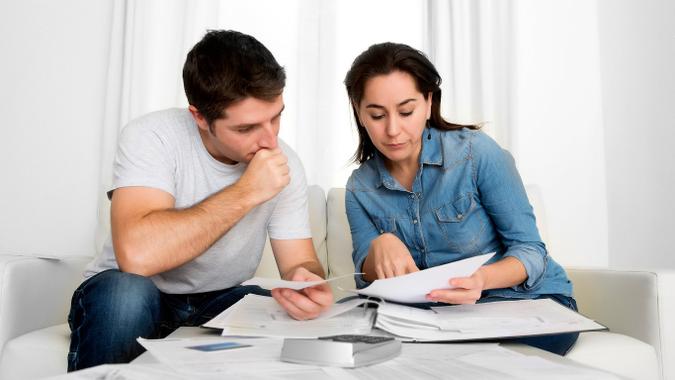 The IRS’s problems continued last week after the agency said it sent certain married couples incorrect balance-due notices on their 2021 tax returns. Anyone who received the notices was advised to sit tight while the IRS works on the problem.

See: The IRS Could Owe You Additional Tax Return Money — Here’s Why
Find: 7 Things You Should Never Do When Planning For Retirement

In a July 27 announcement on its website, the IRS said it is “aware that some payments made for 2021 tax returns have not been correctly applied to joint taxpayer accounts, and these taxpayers are receiving erroneous balance due notices (CP-14 notices) or notices showing the incorrect amount.”

The statement went on to say that “generally, these are payments (were) made by the spouse (second taxpayer listed) on a married filing jointly return submitted through their Online Account. Some other taxpayers may also be affected outside of this group.”

If you received a notice but paid the tax you owed in full and on time, you should not respond to the notice. The IRS is researching the matter and will provide an update “as soon as possible.” Those who paid only part of the tax reported due on their 2021 joint returns were advised to pay the remaining balance or follow instructions on the notice to enter into an installment agreement or request additional collection alternatives.

You can ensure that payments have been credited to your account by checking “Online Account” under the Social Security number associated with the payment. Any assessed penalties and interest will be automatically adjusted when the payment(s) are applied correctly.

Explore: 22 Side Gigs That Can Make You Richer Than a Full-Time Job
Discover: In Less Than a Decade, You Won’t Be Able To Afford a Home in These Cities

The erroneous balance-due notices continued a recent string of problems at the IRS, which is still working through a big backlog of unprocessed returns due to a shortage of staff and complications stemming from various COVID-19 stimulus payments.