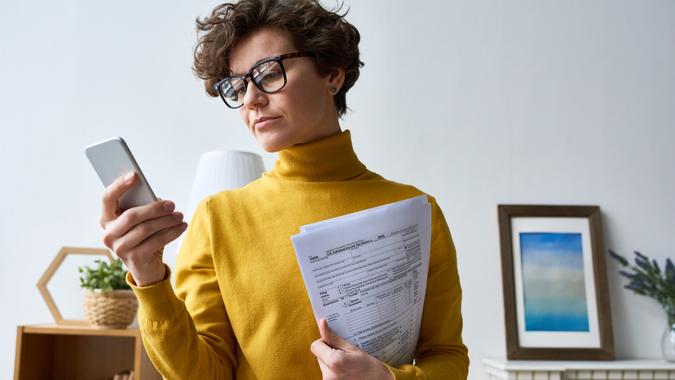 Hampered by a staffing shortage and facing a potentially messy tax filing season, the IRS said it will temporarily re-assign about 1,200 employees to help it navigate the next several months and hopefully avoid another huge backlog of unprocessed returns.

A combination of the pandemic, several tax law changes, backlogs and fewer employees prompted the agency to warn customers about potential delays earlier this month.

The 2022 tax filing season started Jan. 24 and more than 160 million individual tax returns for the 2021 tax year are expected to be filed, with most before the April 18 tax deadline, according to the IRS.

Bloomberg reported that the 1,200 employees will serve as additional customer service representatives and tax examiners to help the agency address a large backlog of unresolved tax returns from previous years, adding that the employees will be moved in the coming weeks and stay on through the fall.

The agency also faces a tax season that is further complicated by millions of Americans receiving a third round of stimulus checks, an expanded Child Tax Credit and an earned tax credit. All of these were included in President Joe Biden’s $1.9 trillion COVID-19 stimulus package that was signed in March, The Hill reported.

The enhanced Child Tax Credit benefit could pose a particular challenge this tax season. Millions of Americans qualified for the benefit. Most received half of it via advance monthly payments distributed in 2021, with the other half being claimed on this year’s tax returns.

“The IRS continues to explore multiple options to help taxpayers, including those with tax returns awaiting processing,” an IRS spokesperson told The Hill.

As GOBankingRates previously reported, during the Jan. 24 announcement, Rettig said that “IRS employees are working hard to deliver a successful 2022 tax season while facing enormous challenges related to the pandemic.”

Rettig also urged Americans to begin preparing their taxes in advance of the 2022 filing deadlines to help the process run more efficiently. He also recommended that taxpayers create a direct deposit system with the IRS and file their returns electronically to avoid delays.

All of this is happening as the IRS operates with a lower budget than in previous years, and with a massive shortage of staff exacerbated by the COVID-19 pandemic. Last tax season the agency had fewer than 15,000 people to handle more than 240 million calls, Bloomberg noted, which translates into about one staffer per 16,000 calls received.

See: My Teenager Had a Summer Job — Do They Need to File Taxes?
Find: Everything You Need To Know About the Child Tax Credit Before Filing Taxes This Year

The IRS did note that for most taxpayers who file a tax return with no issues, they should receive their refund within 21 days of when they file electronically if they choose direct deposit, according to the announcement — similar to previous years. Last year’s average tax refund was more than $2,800.

Vance Cariaga contributed to this article.