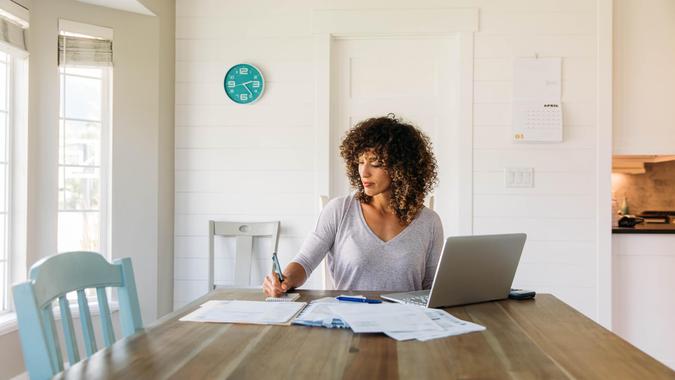 Despite “working tirelessly” to alleviate its massive backlog of income tax returns, the Internal Revenue Service’s (IRS) managing of its overall backlog plight may be worse than it claims.

See: 18% of Americans Expected a Tax Refund of at Least $1,500 — Was That Realistic?
Tax Refund Delays: Despite Best Efforts, IRS Is Still Experiencing Backlog and Staffing Issues

The IRS announced Tuesday that it is diligently working through all outstanding tax returns and should be completing all paper individual tax returns without errors received in 2021, or Form 1040 filings, by the end of this week.

Of the backlog of 4.7 million individual paper returns received in 2021, 4.5 million were processed by the Service as of June 10. Upon completion, the agency will begin to tackle unprocessed business paper returns, regular individual filings that contain errors or missing information and stray returns that arrive throughout the year.

Additionally, the IRS confirmed that the majority of 2022 income tax returns have been processed. One hundred forty three million filings have been successfully prepared and 98 million refunds totaling more than $298 billion have been delivered to taxpayers.

Despite the progress being made on completing 2021 paper returns, the IRS’ backlog is still considerable and has increased from last year. According to The Hill, the IRS watchdog organization National Taxpayer Advocate (NTA) states the total of outstanding 2022 paper returns now stands at 21.3 million as of the end of May. This represents an increase of 1.3 million over the same point in 2021.

In its annual “Objectives Report to Congress,” the NTA states that “processing delays are creating unprecedented financial difficulties for millions of taxpayers and outright hardships for many.”

Furthermore, customer service and wait times are lagging. Out of the 73 million telephone calls it received during the 2022 tax filing season, only one in 10 calls was handled by an IRS employee. Phone hold times increased despite the fielding fewer calls.

“If a private company failed to answer nine out of 10 customer calls, customers would go elsewhere,” Collins said. “That, of course, is not an option for U.S. taxpayers, so it is critical that the IRS increase staffing in its telephone call centers to handle the volume of calls it receives.”

The average number of tax returns with errors that an IRS tax examiner could correct per hour grew from 70 last year to 180 to 240, largely due to new technology implemented this tax season, according to Accounting Today. As of June 10, 2022, there were 360,000 returns awaiting correction. On June 12, 2021, there were 8.9 million tax returns in the IRS’ error resolution queue.

Processing backlogs are a given, but the IRS has been widely criticized for the sheer accumulation of unprocessed 2021 returns and delays in processing new returns. At the beginning of May, a Treasury Inspector General for Tax Administration (TIGTA) report claimed that continued personnel shortages and the growing backlog of tax returns were overwhelming the agency.

The TIGTA May report pointed to the ongoing staffing deficiencies and the implementation of new law provisions for the 2021 tax year (i.e.: American Rescue Plan Act tax credits), but the agency has repeatedly blamed backlog increases on the coronavirus pandemic.

POLL: Are You Concerned That Social Security Benefits Will Be Reduced During Your Lifetime?
‘Live Richer’ Podcast: Canceled Flight? No Problem – Your Credit Card Might Pay You Back

Although the IRS is trying to remedy its backlog problem through more efficient processes and continued staff hiring, the process has been a slow one and has hurt those who rely on getting refunds in a timely manner. Unfortunately, as Collins surmises, the problem is likely to be pushed into 2023, per The Hill.