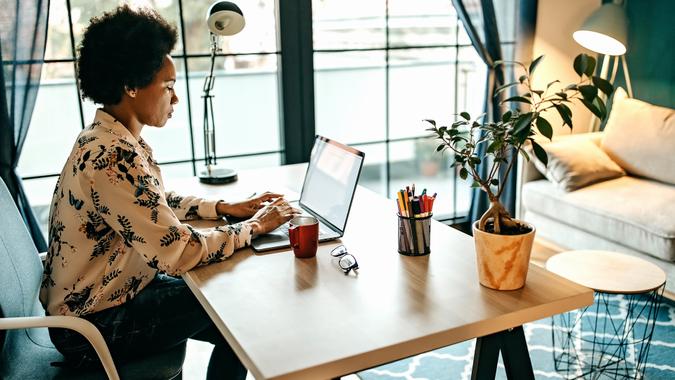 Remote workers who have moved to different states since the COVID-19 pandemic began could find the going complicated when they file taxes next year.

See: US Productivity: How It Affects Your Job, Taxes and More
Find: Earn Under $75K? You Might Pay Nothing in Taxes Next Year – But There’s a Catch

As CNBC reported on Sunday, a number of states offered pandemic-related reprieves that let certain remote workers skip filing state income taxes if they only worked temporarily in the state. But that reprieve was only for 2020 tax returns. Chances are, remote workers will have to file the usual state taxes on their 2021 returns — and that could cause problems if you haven’t studied up on your own state’s filing obligations.

A large percentage of those surveyed said they were not familiar with their state’s tax requirements for remote work. Their confusion is understandable, considering that different states often take vastly different approaches regarding when and how income should be reported. About the only thing you can count on is that if you live in a state with state income taxes, chances are it gets a shot at taxing your wages.

“The No. 1 concept for an individual who is a remote worker to know is that whatever state you are a resident of gets to tax your wages, regardless of where you earned them,” CPA Michael Bannasch, state and local tax practice leader with accounting firm RKL, told CNBC.

At the same time, he added, other states might also tax your wages if your employer happens to be located there — even if you don’t live there yourself. You might not face this problem if you live in a state that has an agreement with other states to avoid double taxation. For example, Maryland residents who work in the District of Columbia only have to worry about having taxes withheld for Maryland.

The potential complications don’t end there. Some states, including Arizona and Hawaii, let nonresidents work there for more than 30 days without a withholding requirement. But other states tax you beginning on the first day you work remotely inside their borders.

In addition, many states have different tax rules, including a wage-based threshold for taxation. But nine states have no state income tax whatsoever — Alaska, Florida, Nevada, New Hampshire, South Dakota, Tennessee, Texas, Washington and Wyoming — so if you work remotely in one of those states, you might not have to file a state return at all.

A handful of states — Connecticut, Delaware, Nebraska, New York and Pennsylvania — have a “convenience of employer” test for remote workers. In this scenario, if your company is located in one of those states, you typically must pay taxes there unless your remote work location is due to your employer needing you to relocate.

See: With Remote Work on the Rise, Should You Move To a Lower Income Tax State?
Find: Dream of Living Abroad? These 8 Countries Make It Easy To Work Remote

These kinds of complications probably won’t end anytime soon, especially as more Americans decide they like working from home.

As previously reported on GOBankingRates, a study by global staffing firm Robert Half found that 34% of professionals working from home due to the pandemic would rather quit their jobs and look for another one than be forced to return to the office full time. Just less than half said they’d prefer a hybrid arrangement that involved spending part of their time in the office and part working remotely.