Tax Brackets 101: What Is the Marriage Penalty and When Does It Affect You Most? 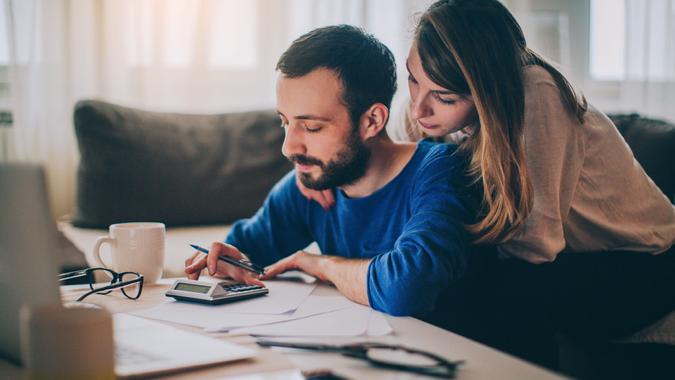 If you’re planning a wedding in the near future, or already walked down the aisle in 2021, you may be wondering how your new marital status will affect your income tax filings for April 15, 2022. You may have also heard of something called the “marriage penalty” and wondered if it will lead to a bigger tax bill for your household.

First thing’s first: Yes, the marriage tax penalty exists. But it doesn’t affect every married taxpayer, and it disproportionately affects those in the highest tax bracket, with a marginal tax rate of 37%. For reference, your marginal tax rate is the highest tax bracket that describes your income. Your effective tax rate is the percentage of your income that you actually pay in taxes.

When you file as “married, filing jointly,” both partners can enjoy the benefits of the adoption or child tax credits, lifetime learning credits, the child and dependent care credit and the American Opportunity tax credit, according to TaxProfessionals.com. In addition, both partners can take advantage of the fees and tuition tax deduction for college students.

Your standard deduction, if you don’t itemize deductions on your tax returns, is double what it would be if you filed separately or as a single person. Therefore, two people equals double the deduction; there’s no marriage penalty in that circumstance.

When it comes to the tax brackets, married couples filing jointly can have double the income of a single filer and remain in the same tax bracket — until they reach the highest bracket. So, married couples can earn as much as $81,050 together and qualify for a marginal tax rate of 22%. A single person earning just $86,375 — roughly $5,000 more — would fall into the next bracket up, with a marginal tax rate of 24%.

However, if one partner makes substantially more than the other, combining income when you file taxes could push both partners into a higher tax bracket. Any time a couple pays more in taxes if they file jointly, they are experiencing the marriage penalty. So, in what instances do married couples filing jointly experience the marriage penalty?

If you itemize deductions and have certain deductions subject to limits, such as the $10,000 limit on state and local taxes, plus the mortgage interest deduction for up to $750,000 for your primary mortgage, these limits remain the same for married couples or those filing separately.

However, unless each partner owns their own property, this isn’t likely to cause you to miss out on any deductions you wouldn’t get as a single homeowner.

If you qualify for the Earned Income Tax Credit (EITC) on your own, but your partner does not, you will not qualify as a couple. Unlike the tax brackets, which double for married couples filing jointly, the qualifications for the EITC do not double for couples.

A single person with no qualifying children can claim the EITC if they earned less than $15,820 in 2021. However, a married couple filing jointly must earn less than $21,710 to qualify.

If you have three or more qualifying children, you cannot earn more than $56,844 as a couple to qualify for the EITC.

Further, you cannot claim “married, filing separately” so that one spouse can claim the credit if they meet the income parameters. So, if one partner has investment income of at least $3,651, you won’t qualify for the EITC, either.

Taxpayers in the Highest Tax Brackets Could Pay More

While Social Security recipients and those who qualify for the EITC could be hit hard by the marriage penalty, the tax laws also seek to penalize married couples in the highest tax brackets.

Learn: Appealing to Social Security Administration Can Reduce Your Medicare Payments if You’ve Lost Income
Tax Brackets 2022: How Much Will You Pay Based on Latest IRS Inflation Adjustments?

Get Help from a Tax Professional

Taxes are a fact of life, and reducing your tax bill probably isn’t a good reason to stay single. Some careful planning and a meeting with a tax professional can help you and your partner find legal ways to reduce your tax liability even after you walk down the aisle.