Procrastinators across the country might have let out a collective sigh of relief following the Internal Revenue Service’s announcement Tuesday: Due to a technical error on its website, the IRS announced that it would be giving taxpayers across the nation an extra day to file their taxes — pushing the official income tax deadline to April 18.

Click to see all the penalties that come with filing your taxes late — and how to avoid them.

The tax deadline extension came as a result of technical errors surfacing on the IRS website early Tuesday morning. According to an official statement from the IRS, part of the software used to file and make payments experienced a “system outage,” another hurdle in what was likely an already hectic Tax Day 2018 for procrastinators.

“This is the busiest tax day of the year, and the IRS apologizes for the inconvenience this system issue caused for taxpayers,” said Acting IRS Commissioner David Kautter in the official press release. “The IRS appreciates everyone’s patience during this period. The extra time will help taxpayers affected by this situation.”

Even though taxpayers received an extra day, the IRS discouraged any procrastination and urged filers to “continue to file their taxes as normal Tuesday evening,” via either traditional paper or electronic filing methods.

If an extra day is not enough, don’t fret — you can still file for an automatic six-month extension through the IRS website, giving yourself another more time to get your documents off to Uncle Sam.

Click to keep reading about filing your income taxes. 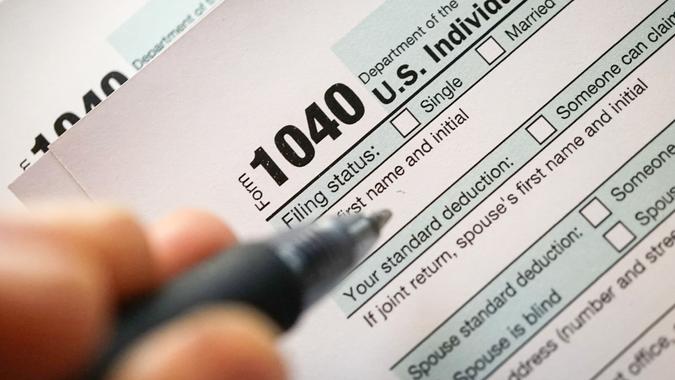 The New 1040 Tax Form: 4 Things You Need to Know Before You File

Now all taxpayers will use the same form to file.