The Tax Cuts and Jobs Act of 2017 have been touted as one of the most impactful tax cuts in history. But the impact it will have will not be fully felt until taxpayers go to file their 2018 income tax returns in April 2019. But still, this GOP tax cut is widely believed to benefit top earners more than lower-wage employees. Here’s how much the top earners will save with the new tax law, compared with how much the average worker will save, at some of the biggest companies in the country.

Find Out: Here’s How Much Americans Pay in Taxes in Every State

In 2018, Walmart CEO Douglas McMillon received total compensation of $22.8 million. The 2.5 percent reduction in personal income tax for his bracket means he will pay $570,000 less in income taxes than he would have paid in 2017 if he had earned the same amount of compensation and took the standard deduction.

Try: 10 Tax Loopholes That Could Save You Thousands

Keep reading to find out more about tax shelters, tax breaks and other tax tips you should take from the rich.

Some CEOs take smaller salaries and are compensated in other ways, such as with stock options. Mark Zuckerberg, CEO of Facebook, takes an annual salary of $1. His other compensation in 2017 totaled $8,852,366.  If this compensation was taxed at the same rate as regular income, his tax bill would have been $3,445,738, assuming he and his wife filed jointly and took the standard deduction. In 2018, the tax bill for the same income will be $3,205,874. He would save $239,864.

The Standard Deduction Is a Big Part of Savings

The 2017 Tax Cuts and Jobs Act made two big changes to the tax code that affect everyone. The tax brackets were changed so that most people pay a smaller percentage in taxes. But a big factor in the change in your tax bill, and one that’s often overlooked is the effect of the standard deduction. For 2018, the standard deduction for single filers was increased from $6,350 to $12,000. For a married couple filing jointly, the standard deduction went from $12,700 to $24,000.

The standard deduction is the amount you can subtract from the income you make before you figure out how much tax you owe. So, in 2018, you don’t pay taxes on the first $12,000 you earn if you’re single, or the first $24,000 you and your spouse earn if you are married. For low-income earners, this can make a significant difference in the amount of tax you will pay in 2018 compared to 2017.

Click through to read more about crazy tax breaks you’ve never heard about. 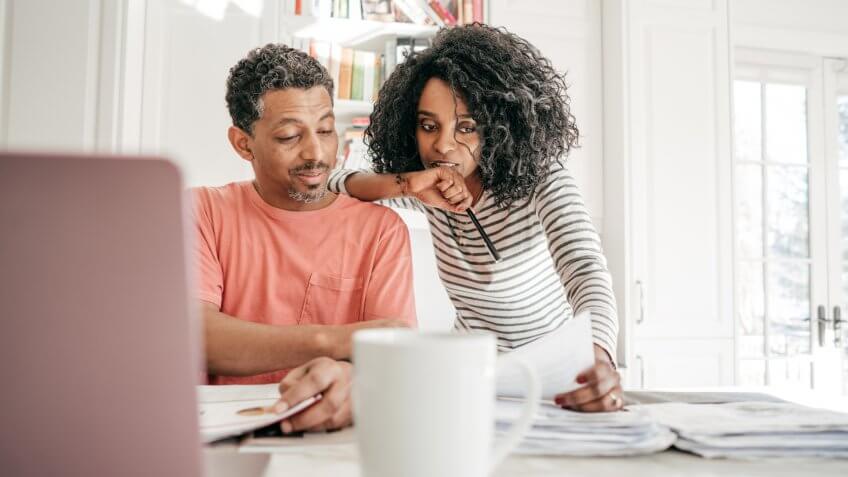 Here’s How to Cheat Your Tax Bracket — Legally

Learn how to reach lower tax brackets without breaking laws.

GOBankingRates > Taxes > Filing > What Kind of Taxes Do Top Company Execs Pay? From Walmart, Amazon, Tesla — and Beyond