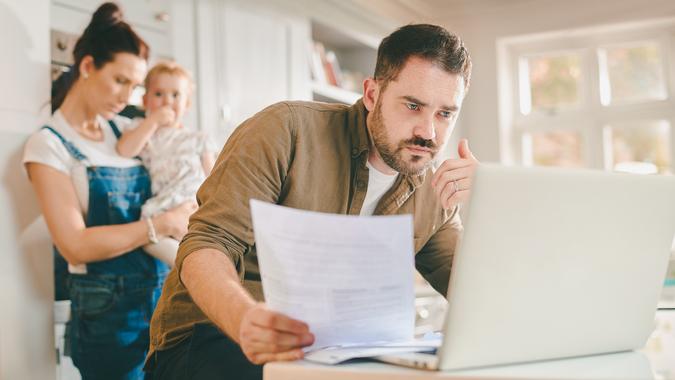 President Joe Biden’s Build Back Better program gives Americans an opportunity to reduce their 2022 tax bills, but the biggest breaks will only last for a year.

See: Why the Build Back Better Plan Impacts You More Directly Than the Infrastructure Bill
Find: Should You Refinance Now With the Low Mortgage Rates?

The bill was approved by the U.S. House last week by the narrowest of margins and has now gone to the Senate for discussion. In the House version, 2022 federal taxes would go down for all but the richest 1% of Americans, according to an analysis from the Institute on Taxation and Economic Policy. During the first few years after 2022, tax cuts for low- and middle-income Americans would be smaller because most of the refundable tax credits would expire after 2022.

Here’s how the ITEP analysis breaks down 2022 federal tax changes by income group:

See: Can’t Pay Your Tax Bill? The IRS Can Reduce Your Debt With an Offer in Compromise
Find: Billionaires vs. the Middle Class Across America — Who Pays More in Taxes?

As the above table shows, most Americans will see lower taxes as a share of income for 2022. But as the ITEP also notes, “In some ways, the bill’s effects on taxes in 2022 is not representative of how it would change our tax code.”

As an example, the ITEP points to the expanded child and earned income tax credits, which will expire after one year. In 2023, households earning $50,000 to $75,000 will roughly break even after seeing their cumulative tax bills decline by 8.6% the previous year, CNBC reported, citing estimates from the Joint Committee on Taxation.

But households that earn less than $50,000 a year would still get an average tax cut in 2023 thanks to provisions such as the expanded premium tax credits, which don’t expire until after 2025. The House version also includes long-term tax benefits for lower-income households by making the child tax credit permanently refundable.

Meanwhile, another provision in the House version would increase the deduction for state and local taxes from $10,000 to $80,000 ($40,000 for married taxpayers filing separately and for trusts and estates), the Journal of Accountancy reported.

But that provision might not make it through to the final version. As GOBankingRates recently reported, the Senate is likely to push back against an expansion of the state and local tax deduction from $10,000 to $80,000.