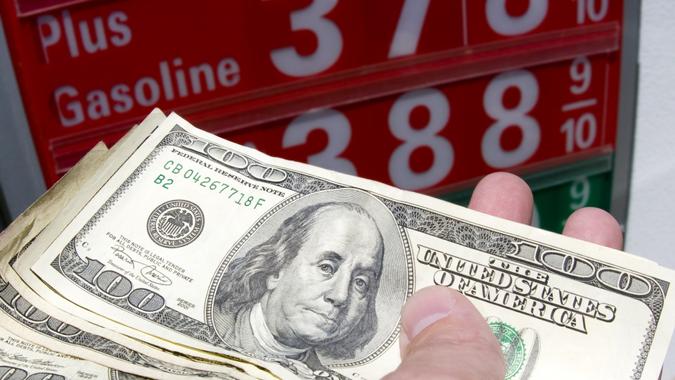 With so many forces conspiring to push gasoline prices to historic highs in recent weeks, it’s not like motorists need another reason to pay more at the pump. But in Indiana, that’s exactly what they are getting in the form of a gas tax nearing 75 cents a gallon.

Rising Gas Prices: The True Cost of Going Electric
See: 22 Side Gigs That Can Make You Richer Than a Full-Time Job

Beginning in May, drivers in the Hoosier State will pay a gas tax of 74.5 cents a gallon, the Transport Topics website reported. That’s the highest in state history. It also represents a 10% increase from the current tax rate and a mind-boggling 60% jump from May 2021. The Indiana Department of Revenue announced the most recent rate hike on April 20.

The reason Indianans face such a high gas tax is because it includes more than one kind of tax. Indiana is one of 16 states to impose a sales tax on gasoline purchases. Indiana drivers currently pay a sales tax rate of 7%. That rate is based on the average price of gas in the preceding month — and last month’s average was among the highest ever due to the impact of Russia’s invasion of Ukraine.

As Transport Topics noted, the average pre-tax price of gasoline in Indiana during the evaluation period of March 16-April 15 was $3.44 a gallon, leading to a May gasoline sales tax rate of 24.1 cents a gallon. It’s only the second time that number exceeded 20 cents. The first time was this month.

Indianans can at least take some solace in the fact that their average gas prices are relatively cheap compared to much of the rest of the United States. In Indiana, the average price this week is $3.921 a gallon, according to AAA. That’s well below the national average of $4.120 and a bargain compared to California’s average price of $5.685 a gallon.