Why Some Argue Child Tax Credit Is Favorable To Welfare 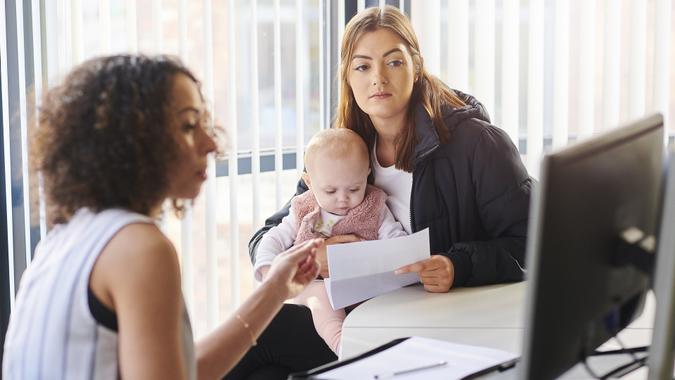 Since the expansion of the child tax credit as part of last year’s stimulus relief bill, there have been arguments for extending the advance payments beyond just this tax year. Some are now arguing that the expansion would actually be favorable to existing welfare systems, as the CTC has less restrictions on who is eligible compared to Temporary Assistance For Needy Families (TANF) benefits.

See: The 15 Best Things To Buy With SNAP at Costco
Find: SNAP Benefits: When Will My Card Be Reloaded?

TANF benefits provide families with money and support services depending on their state. The program is funded through federally distributed grants, meaning that each state administers their own program through their own rules. ProPublica reported that in New Mexico and many other states, low-income single mothers are asked to identify the father of their child and recall under perjury the exact date when they got pregnant before they can receive cash assistance. Many are also made to submit their children to genetic testing.

States also have the ability to divert funds as they wish, which can result in using money intended for TANF recipients to be allocated for candidate investigations. In Arizona, 94% of families below the poverty line are not able to receive assistance from the program, partly because the state used more than $150 million a year of its funding to pay for child welfare investigations of many of those poor parents. According to a recent study by the Proceedings of the National Academy of Sciences, more than 60% of Black children in the metro Phoenix area will witness their parents being investigated by the time they turn 18.

Some of this red tape is the basis for the argument that the permanent expansion of the child tax credit might be a better idea. As per last year’s guidance, the child tax credit is available to all parents, without investigation or the same personal details required of certain TANF programs. The main prerequisites of the CTC programs is that you do not exceed the income thresholds and that our dependents have not yet aged out of the qualifying ages.

TANF funding has also been largely frozen since the mid-90s — the program’s funding is not adjusted for inflation nor shifting population demographics. This means that as a population increases or prices increase, there is less money per needy family to go around per state.

Although President Biden has called for the expansion of the advance child tax credit, there is currently no legislation in place to continue the payments. A study by the Columbia University Poverty Center found the advance payments of the CTC in 2021 alone cut childhood poverty by about 30%.