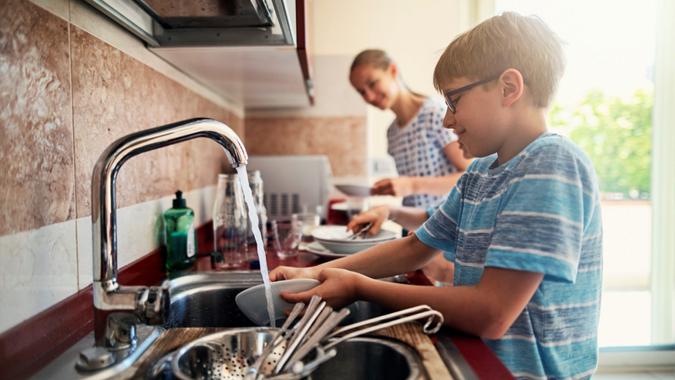 The enhanced child tax credit payments issued during the latter half of 2021 were intended to help struggling families pay for basic necessities during the COVID-19 pandemic — and for many, it did just that. Now that the advance payments are no longer being sent out, there has been a sharp rise in poverty, according to a new report from the Columbia University Center on Poverty and Social Policy.

The Feb. 18 report found that the nation’s child poverty rate rose to 17% in Jan. 2022 — after the monthly CTC payments stopped — from 12.1% in Dec. 2021, the final month payments were distributed. That represented an overall child poverty increase of 41%, meaning that 3.7 million more children were living below the poverty line in Jan. 2022 than in Dec. 2021.

The enhanced CTC payments were part of the American Rescue Plan and paid out six months of credits worth up to $250 per child aged 6 to 17, and up to $300 per child aged under 6. The program reached more than 61 million children in about 36 million households.

The Center on Poverty and Social Policy estimates that on its own, the monthly CTC kept 3 million children out of poverty in July 2021. By December, that figure had increased to 3.7 million children.

Researched revealed that the monthly CTC payments “buffered family finances amidst the continuing pandemic, increased families’ abilities to meet their basic needs, reduced child poverty and food insufficiency, and had no discernable negative effects on parental employment,” the report said.

Meanwhile, overall poverty for the entire U.S. population also increased at the beginning of the year, rising to 14.7% in January from 12.5% in December. As previously reported by GOBankingRates, the Biden administration had hoped to continue the enhanced credit in 2022 with the proposed Build Back Better bill. But the bill in its original form did not win enough Congressional support — partly because some lawmakers want to see an end to stimulus programs like the CTC — which means the CTC may not be revived.