Tax Refunds on 2020 Unemployment Benefits Due to Begin This Month 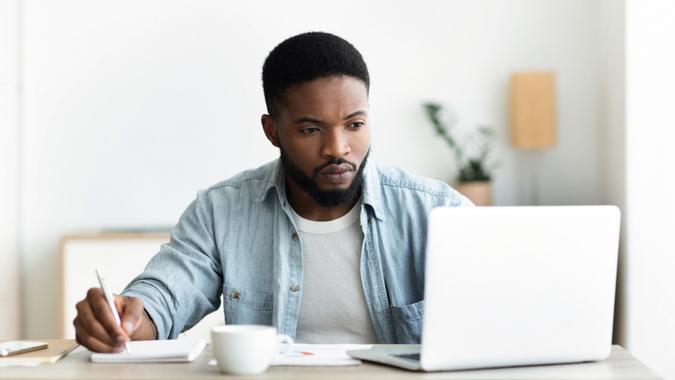 If you’re due a refund from the IRS for receiving 2020 unemployment benefits when they were still taxable, your money could arrive soon.

See: Millions of Americans Reaching End of Their Unemployment ‘Benefit Year’ Could Face Gaps in Extending Payments
Find: Here’s a Full List of Unemployment Resources for Your State

Refunds on 2020 unemployment benefits are scheduled to start this month, CNBC reported on Monday. Single filers should be the first to receive them, while married couples and those with complicated returns will probably have to wait until summer.

The problem is, many Americans who were eligible for the tax break had already filed their tax returns by the time Biden signed the bill and might have overpaid their taxes as a result.

See: Are ‘Bridge Jobs’ a Good Idea to Cover Career Gaps?
Find: When Will You Get Your Tax Refund? Here’s When to Expect That Check

In late March, the IRS issued an announcement saying it would automatically refund the money in two phases — one during the spring and the other during the summer — to taxpayers who filed returns reporting unemployment compensation before the American Rescue Plan changes went into effect.

A lot of taxpayers are likely due a refund. CNBC, citing data from The Century Foundation, noted that around 40 million Americans received jobless benefits last year, with the average person getting $14,000.

The first phase of refunds will go to taxpayers who are eligible to exclude up to $10,200 of unemployment benefits from their federal taxable income. The second phase includes married couples who filed a joint tax return. These couples can waive taxes on up to $20,400 of benefits. The second phase also includes “others with more complex returns,” the IRS said.

See: What President Biden’s First 100 Days Have Meant for Your Wallet
Find: US Jobs Shifting to ‘Movers and Makers’ — 3 Hot Fields to Consider Today

You might need to file an amended tax return using Form 1040-X to get your full refund if the unemployment tax break makes you newly eligible for a tax deduction or credit such as the earned income tax credit.

Meanwhile, in some states that adopted the American Rescue Plan’s tax break on benefits, you’ll be required to file an amended state return to get the state-level refund.