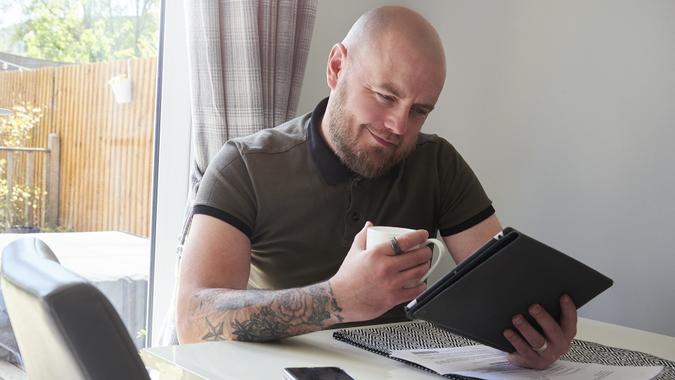 Residents of New Mexico — who have already gotten several tax breaks this year — will soon get another round of tax rebates as the state prepares to send payments totaling either $250 or $500 to households that filed 2021 taxes.

See: The Best Cities To Retire on $2,000 a Month
Find: Surprising Things You Can Buy With Food Stamps

The payments could come as soon as early next week, KRQE reported. This will be the third round of rebates sent to New Mexicans.

Residents who filed their 2021 state taxes as individuals will get a July rebate if they earned less than $75,000 in adjusted gross income in 2021. Single filers who meet this qualification will receive a $250 payment from the state.

Married couples who filed their 2021 New Mexico state taxes jointly will receive a July rebate if they earned less than $150,000 in AGI in 2021. For those who meet this threshold, the rebate will be $500.

The rebates should begin processing during the first full week of July, KRQE noted, citing comments from New Mexico Tax and Revenue Department spokesman Charlie Moore. Because Monday, July 4, is a federal holiday, the first rebates could be processed as early as Tuesday, July 5.

It will likely take the full month for all the rebates to get out to all eligible taxpayers, Moore said. The state will pay July rebates automatically via direct deposit or a paper check. Checks will be sent to those who don’t have direct deposit banking information on file with the state.

The state expects to send about 710,000 rebates, with the split between single filers and joint filers estimated at around 50-50. Government officials said some checks might be less than $250 or $500 if taxpayers incorrectly calculated their income tax payments and still owe money, or if they filed late and have been assessed interest. In addition, you might not receive a rebate if you were declared as a dependent on someone else’s return.

Direct deposits might also be delayed if a taxpayer used a preparation service and received an advance from the preparer on their refunds. In these cases, the rebates initially go to an account set up as part of the advance process and must be forwarded by the preparation service to the taxpayer.

New Mexicans have gotten a lot of tax relief so far in 2022, beyond just the rebates. As previously reported by GOBankingRates, New Mexico became the latest state to exempt Social Security income from taxes when Gov. Michelle Lujan Grisham signed sweeping tax legislation on March 9. The bill also includes a cap for exemption eligibility of $100,000 for single filers and $150,000 for married couples filing jointly.

Other perks included in the bill: