President Trump’s proposed wall along the southern border of the U.S. isn’t just intended to keep out illegal immigrants. Trump hopes the structure will stem the tide of illegal drugs coming into the country. As much as 90 percent of cocaine in the U.S. enters the country along our southern border, along with heroin and the synthetic opioid Fentanyl, which is reportedly much more potent than either heroine or morphine.

But drugs aren’t all that comes from south of the border. Mexico sent more than $294 billion in exports to the United States in 2016. The country is the third largest supplier of U.S. goods, according to the U.S. Census Bureau.

If funding for President Trump’s wall ends up including a 20 percent border tax on Mexican imports, you’ll feel the pinch in your pocketbook from the grocery store to the gas pump. Here’s a look at some purchases the border tax will affect.

Although springtime is generally one of the worst times to buy a car, you might want to move ahead with a purchase anyway before a Trump tariff goes into effect. Vehicles from Mexico were a $74 billion industry in 2016, and American car companies including Chevrolet, Dodge, Ford, Jeep and Lincoln all manufacture cars south of the border. Don’t think you’ll escape the border tax by buying a foreign car, either. BMW, Volkswagen, Toyota, Nissan and others also make many models in Mexico for sale in the U.S.

Expect price increases of more than $17,000 if a Land Rover is on your list. VWs and Volvos could go up by $6,800 to $7,600. Ford would be the manufacturer least impacted with a $282 increase on cars entering the U.S. From Mexico. Buy a Tesla if you want to avoid the tax altogether. The company makes all its cars in California.

Consumers will likely pay more at the pump, too, if Congress passes a border tax. Mexico ranks among the top five countries supplying petroleum products to the U.S. The United States purchased more than $14 billion of mineral fuels from Mexico in 2015.

More Expenses: The Real Cost of Trump’s Border Wall on Your Wallet

Fruits, Vegetables and Alcohol From Mexico

The Trump tariff might be music to your ears if you don’t like eating your veggies. The U.S. gets 74 percent of its imported vegetables from Mexico, according to the Produce Marketing Association. If you enjoy tomatoes and avocados in winter, expect to pay more for these treats grown in Mexico’s balmy climate as well. By contrast, only 26 percent of imported fruits hail from south of the border. You’ll feel the bite most during summer when you’re sipping lemonade or craving a fruity dessert. The U.S. gets most of its lemons and watermelons from Mexico.

The Trump tariff might leave you feeling wound a little tight if you like unwinding with a cold one at the end of a long day. Mexican imports such as Corona and Modelo account for two-thirds of imported beers, so you’ll get less booze for your buck after a border tax.

If that’s enough to drive you to drink, you’ll want to avoid hitting the tequila bottle. Virtually 100 percent of tequila is made in Mexico, because it’s a protected product of the country under the current NAFTA agreement.

Related: 20 Foods to Stock Up on This Spring

Medical Equipment Made in Mexico

If you want to dodge the border tax altogether by boycotting Mexican imports, you’ll have to avoid your doctor’s office. Optical and medical equipment ranked in the top five U.S. imports from Mexico in 2015, according to the Office of the United States Trade Representative. 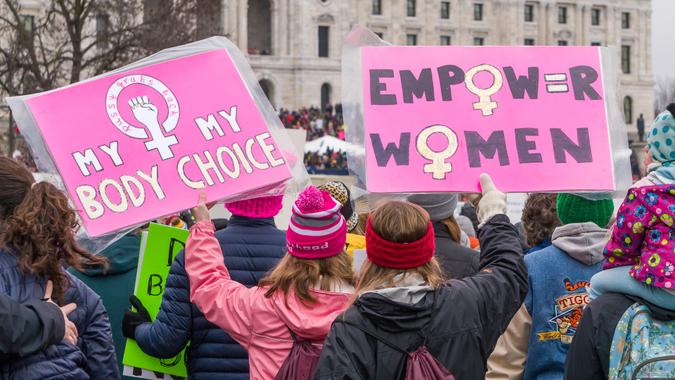 Shocking Truths About What Protests Cost You

With the influx of recent protests in America, here's a detailed look at how these movements can impact taxpayers and the economy.