If you failed to file a tax return for 2015, you could be one of the 1.2 million Americans who might be owed a share of the nearly $1.4 billion in tax refunds the IRS has been holding on to. The good news? It’s not too late to get your check.

“We’re trying to connect over a million people with their share of $1.4 billion in potentially unclaimed refunds,” said IRS Commissioner Charles Rettig in a release on the IRS website. “Students, part-time workers and many others may have overlooked filing for 2015. And there’s no penalty for filing a late return if you’re due a refund.”

Half of Owed Taxpayers Could Receive More Than $879

The median amount owed for potential refunds is an estimated $879, according to the IRS — which means half of those who are owed a refund can expect to receive even more than that.

If you think you could be part of the population of taxpayers who are owed a refund, now’s the time to mail in your 2015 Form 1040 federal income tax return. The IRS provides most taxpayers with a three-year window to claim a refund, so those interested in filing can submit their form through April 15, or April 17 for residents of Maine and Massachusetts.

Survey Says: Here’s the No. 1 Thing Americans Do With Their Tax Refund

If you think part of the nearly $1.4 billion pool could be yours, it’s worth submitting your 2015 tax return ASAP. You can find current and prior year tax forms on the IRS website.

People Are Crying ‘GOP Tax Scam’ Across Twitter: Why Your Tax Refund Might Be Lower This Year

It’s important to note that your check might be held if you haven’t filed tax returns for 2016 or 2017. And if you owe money for federal taxes, state taxes, child support or past-due federal debts such as student loans, your refund will be applied to those debts before you receive a check in the mail.

Find out why the IRS says tax refunds are actually larger this year — and what you should do about it. 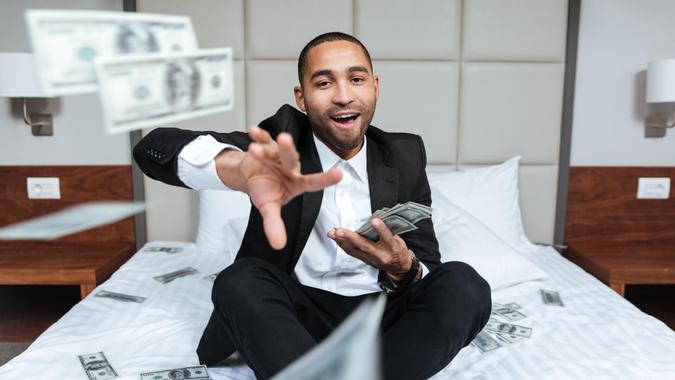 Crazy stories about how people misspent their refunds.

> Taxes > Refunds > IRS Announces $1.4 Billion in Refunds Still to Be Claimed -- Here's How to Get It