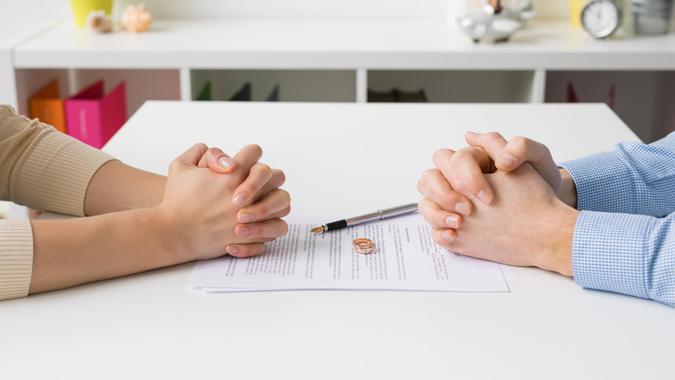 The Tax Cuts and Jobs Act made a big impact on filings for tax year 2018. From nearly double the standard deductions to new tax brackets, last year’s tax filers had to adjust to changes to their filing status. Those who are divorced don’t have much to worry about if they got divorced in tax year 2018 (well, except for the divorce itself). But if you were divorced in 2019 or later, like billionaire Jeff Bezos and his wife Mackenzie, these new rules affect you.

Divorce separations sometimes include alimony payments as part of the finalized agreement between ex-spouses. Under the old, pre-2019 alimony tax rule, filers could deduct alimony payments on their Form 1040, and recipients had to include alimony as income, provided that the payments were made in cash, including checks or money orders. The TCJA removed this for both filers and affects how you do your taxes.

If you got divorced in 2018, you will fall under the old rules. If you’re already receiving or giving alimony pay from a pre-2019 agreement, the new tax law shouldn’t affect you.

Those thinking about cutting the knot in 2021, however, should be aware that if they pay alimony, they will not be able to deduct payments from their taxes, and if they receive alimony, they won’t have to include it as income.

All divorces that include alimony that take place after Dec. 31, 2018, are beholden to the TCJA changes.

Tricks: 10 Tax Loopholes That Could Save You Thousands

Although alimony is not deductible or reportable as income for divorces occurring on or after Jan. 1, 2019, the previous rules apply to you if you were divorced by Dec. 31, 2018. If you were, you can deduct alimony — or must report it as income — if it meets the following criteria, according to the IRS.

The divorce rate in America is dropping, according to Statista. Its data shows that in 1992, there were 4.8 divorces per 1,000 of the population while in 2016, the number of divorces per 1,000 had dropped to 3.2. That number fell to 2.9 for 2018, according to the National Center for Health Statistics marriage and divorce data. Although alimony tax changes will affect divorces, the number of people experiencing the changes will continue to shrink. Good news for love, bad news for divorce lawyers.

Click through to find out about these commonly missed tax deductions.