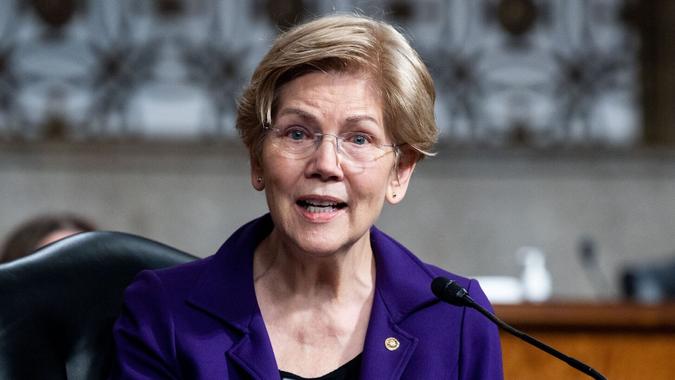 Just weeks after taking the Hertz rental car company to task for alleged illegal practices, Senator Elizabeth Warren (D-Mass.) and two other legislators have accused financial service provider Intuit of hiring former regulators to defend its popular TurboTax products in a plan to “scam American taxpayers” into paying for services that were advertised as free.

In a letter penned by Warren — and Californian Democratic Reps. Katie Porter and Brad Sherman — to Intuit CEO Sasan Goodarzi, the lawmakers claim that Intuit’s “influence peddling” has resulted in successfully deceptive company practices for years. In 2019, ProPublica reported that TurboTax had been encrypted with code to deliberately hide its Free File site from search engines like Google to trick lower-income Americans into paying to file taxes.

However, the program was called “a failure” in the lawmakers’ letter, which claimed that the program has been “scamming taxpayers into paying for services that should be free.” “Free File was supposed to cover 70% of American taxpayers, but as of 2018, only approximately 3% of taxpayers participated each year,” the letter read, in part.

Warren’s letter follows a March lawsuit by the Federal Trade Commission (FTC), which alleged that Intuit had been deceiving consumers for years by deceptive design and marketing its TurboTax tax filing software as free — and then subsequently charging most users. In that suit, per the letter, the FTC disclosed that former FTC Commissioner Jon Liebowitz had served as outside counsel for Intuit, and that the company had previously hired a former top IRS official to serve as its chief tax officer in 2013.

Warren, Porter and Sherman are requesting that Intuit divulge its hiring history, asking it to share the number of employees and external partners who also held jobs in the executive branch since 1999. Additionally, the three are seeking to find out how much money Intuit has made since 1999 from taxpayers who make less than $73,000. The legislators ask that Intuit respond by May 2.

Warren took to Twitter on April 16 to claim that the tax preparation lobby has prevented the Internal Revenue Service from providing free tax information to American citizens, while also promoting her Tax Filing Simplification Act. She also reminded people of H&R Block’s alleged involvement in the hiding of free tax preparation programs in order to push customers to buy its tax products.

This isn’t the first time a company has felt the wrath of Warren’s words. Just a few weeks ago, GOBankingRates reported that Warren and Senator Richard Blumenthal (D-Conn.) were calling for further inquiries over allegations that Hertz had wrongly reported customers to law enforcement officials for vehicle theft.