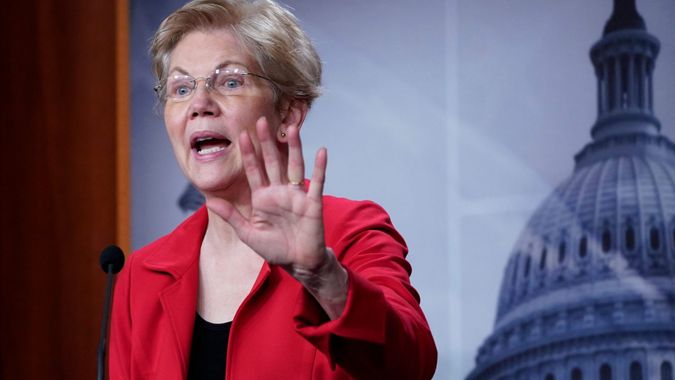 The Massachusetts senator on March 1 introduced a bill to tax households worth over US$50 million and up to $1 billion at a rate of 2%, and anything over that at 3%. She first proposed the idea of a wealth tax during the Democratic presidential primary in 2019.

The legislation, which could raise an estimated $3 trillion over a decade, is meant to reduce inequality by using revenue from the wealthiest Americans to pay for new federal programs to lift up some of the poorest.

There’s at least one problem: It may be unconstitutional.

As an expert on tax policy, I know firsthand how America’s system has exacerbated inequality. Fortunately, there are other ways to tax the rich.

Concerns about inequality have increased in recent decades.

Americans enjoyed substantial economic growth and broadly shared prosperity from the end of World War II into the 1970s.

But in the 1980s, President Ronald Reagan dramatically slashed taxes on the wealthy – twice – cutting the top rate on wages from 70% to 28%.

Studies have shown that the drop in tax rates, combined with other “trickle-down” policies such as deregulation, led to steadily rising income and wealth inequality.

The Problem with a Wealth Tax

Her tax on estates worth over $50 million would affect an estimated 100,000 families, or fewer than 1 in 1,000, according to University of California, Berkeley economists Emmanuel Saez and Gabriel Zucman. The tax wouldn’t start until 2023.

Unlike an income tax, a wealth tax reaches the root of both wealth and income inequality.

There’s only one snag: There are strong arguments that a federal wealth tax is unconstitutional. Wealth taxes violate Article I, Section 2, Clause 3, of the U.S. Constitution, which forbids the federal government from laying “direct taxes” that aren’t apportioned equally among the states.

The income tax is a direct tax and constitutional because of the 16th Amendment, which specifically allows income taxes without apportionment. As for property, you may notice that only states levy real estate taxes. In almost every case, the federal government cannot tax real estate or any other form of wealth absent a transaction.

Warren cites a small group of law professors who back her claim that a wealth tax passes constitutional muster. But the argument against constitutionality is strong enough that a lawsuit before the Supreme Court is sure to follow any attempt to enact a wealth tax.

Barring a victory before a conservative Supreme Court or an arduous amendment to the Constitution, the federal government is shut out of taxing wealth.

Two other proposals to tax the rich also emerged in 2019.

Rep. Alexandria Ocasio-Cortez of New York wanted to create a new “60% to 70%” tax bracket for income earned from labor over $10 million. She estimated that her plan would catch about 4,000 people and raise $720 billion over 10 years.

One problem with that idea was that the wealthy can avoid or lower that tax by choosing when they receive the income. A second is that the rich earn most of their money from capital gains, which are taxed at a much lower rate than wage income.

Vermont Sen. Bernie Sanders, who has since signed on to Warren’s plan, in 2019 proposed going after wealth but targeted instances when it’s being transferred to someone else – which is what makes it constitutional. He wanted to lower the threshold at which the estate tax applies from $11 million – which touches just 1,000 estates a year – to $3.5 million, where the threshold stood in 2009. He would also levy a new 77% rate on estates over $1 billion. Sanders estimated that his plan would raise $315 billion over 10 years.

Although this would bring in significantly less than his colleagues’ proposals, it is far superior because it both addresses the root of the problem – wealth disparities – and can be implemented immediately. And it wouldn’t pose a constitutional problem.

I agree with all three lawmakers that the United States should return to economic policies that seek to lift all boats.

Although American wealth and productivity has surged in the last 40 years, most Americans have not fared nearly as well as the richest have. In 2020 alone, America’s billionaires saw their wealth increase $560 billion, even as tens of millions were unemployed or depended on food donations to get enough to eat.

The U.S. tax system is at least partly responsible for these gaps. A wealth transfer tax – rather than one that taxes wealth – seems to be the best approach to both pass legal muster and help solve the problem.

This is an updated version of an article first published on April 2, 2019.