The average Floridian ends up paying nearly $10,000 in taxes each year, an effective rate of 20.12 percent of the state’s median household income of $48,900. But more than half of that can be attributed to a federal tax bill that falls just shy of $5,000. At the state level, Florida is among the more tax-friendly states in the country if for no other reason than it being among the seven states that don’t charge income tax at the state level.

So what does that mean for the other Florida state tax rates? Here’s a closer look at Florida tax rates and how they can affect you.

This one is easy: The Florida tax rate on personal income is zero percent. Only seven states don’t charge income tax, with Florida joining Alaska, Nevada, South Dakota, Texas, Washington and Wyoming in offering their residents a chance to only pay federal taxes on the money they earn. Although there’s no Florida income tax for individuals, the state does charge a 5.5 percent corporate income tax rate.

Interestingly, even without an income tax, Florida collected some $40.2 billion in tax revenue, more than any other states but New York and California. Why? That would be the state’s sales tax.

The vast majority of the taxes collected in Florida — about $33.3 billion of the $40.2 billion total — comes from the sales tax paid by Florida residents.

Nationwide, about 47.6 percent of state-level taxes are collected via sales tax, so the 82.9 percent of total revenues generated by sales taxes in Florida is way above the norm. But that doesn’t necessarily mean that the state is charging its residents more than other states.

All told, the average Floridian shells out just over $2,000 a year in sales taxes. The average sales tax rate after factoring in local rates is just 6.8 percent — the 28th highest in the U.S. Given that so much of Florida’s annual budget relies on sales taxes alone, it’s somewhat curious that the state is getting by with rates just below the median state level.

Sales Tax by State: Here’s How Much You’re Really Paying

The sales tax rate will range from the statewide base rate of 6 percent in Citrus and Okaloosa counties to 8 percent in Liberty County after including its 2 percent add-on. There also some goods with specific rates:

There’s also a cap on how much additional sales tax over the statewide 6 percent rate can be collected. The discretionary sales surtax — as the county markups are called — only applies to the first $5,000 of the sales amount. And, like most states, Florida exempts a variety of basic necessities from sales tax, including many medical goods and unprepared food sold for consumption off the premises.

See: Tax-Free Weekends in Every State

Property taxes are typically charged at a local level, so they will vary depending on where you live within the state. Although the effective average rate statewide is 1.1 percent, the local rates range from as low as 0.55 percent in Walton County to 1.38 percent in Hendry County.

Don’t Miss: 6 Things Every Homeowner Should Know About Property Taxes

Florida charges neither estate tax nor inheritance tax, so the only exposure for the assets of the deceased is federal estate taxes. 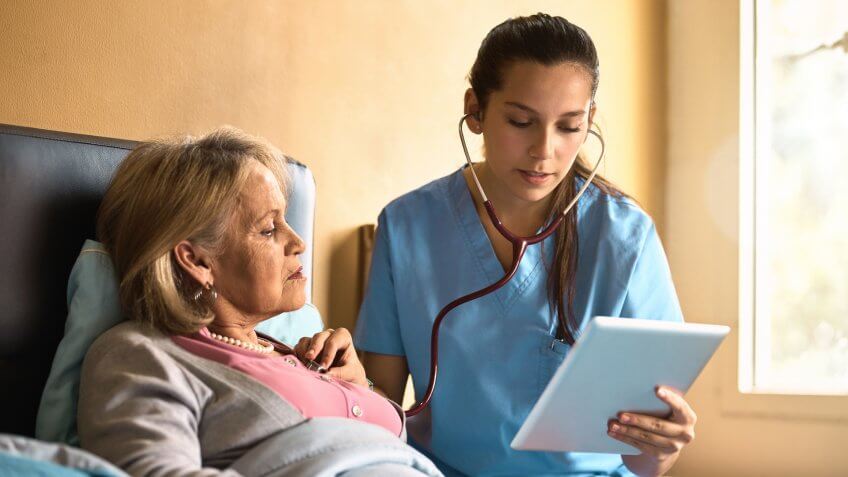 What Is Medicare Tax?

Find out all the details about Medicare tax and what it does.