IRS Could Change Your Tax Bracket To Fight Inflation 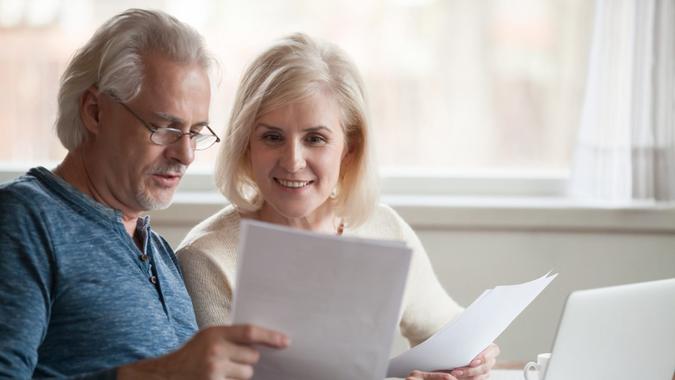 There are no reasons to be thankful for high inflation. However, unexpected — but not necessarily unfortunate — consequences of this year’s persistently high inflation rate will be higher-than-normal IRS adjustments in 2023, resulting in changes to taxpayers’ federal income tax brackets, individual retirement account contribution limits and more.

Social Security: Women Get $354 Per Month Less Than Men — Here’s Why
See: 22 Side Gigs That Can Make You Richer Than a Full-Time Job

As CBS News reports, every October or November, the IRS adjusts many of its provisions to balance inflation’s impact. Inflation is indexed by the agency based on monthly average changes in the chained Consumer Price Index. Compared to the standard index, the chained index is a more accurate estimate of changes in the cost of living from one month to the next, according to the Congressional Budget Office.

Without IRS adjustments, taxpayers could get bumped up into higher tax brackets without a corresponding standard of living increase. Because inflation has held steady near 40-year highs this year, the forthcoming IRS adjustments are expected to be significant.

IRS inflation adjustments may help some taxpayers lower their taxes and invest more into their IRA and 401(k) accounts.

The 2022 inflation adjustment factor was 3.1%. Many analysts are predicting a 7% adjustment in November, Bill Bischoff, writing for MarketWatch, reported. This means you could have 7% more taxable income in 2023 but pay the same amount of federal income tax as this year.

In other words, a 7% increase in your 2023 standard deduction would shelter 7% more income next year. Furthermore, a 7% inflation adjustment would increase maximum 401(k), IRA and Roth IRA contributions for 2023.

To give an example of the impact a higher tax bracket amount can make, Kyle Pomerleau, American Enterprise Institute senior fellow and federal tax expert, said that for the 24% tax bracket, joint filers may see a taxable income raise from $178,150 in 2022 to $190,750 in 2023, CNBC reported.

“The jump for the IRA contribution limit is closer to 8% or 9% this year because of the way it interacts with the rounding rule,” Pomerleau said, according to CNBC.

While some taxpayers will surely benefit from the IRS’ inflation adjustments this coming tax season, don’t expect this to be a reoccurring annual assist.

First, as Bischoff points out, if the federal government enacts legislation that increases income taxes — like an abridged Build Back Better plan — the inflation adjustment bump and any potential benefits to taxpayers may get nullified.

Second, record-high inflation rates in 2022 are, hopefully, anomalies. When inflation is eventually tamed, the IRS will adjust its provisions based on unchained CPI results and act accordingly.

Live Richer Podcast: First-Time Homebuying During Inflation — Is It Worth It?
Tax Fears: Will Inflation Reduction Act Impact Who Is More Likely To Be Audited?

“This is likely to be the one time you’ll see a bump this large,” Pomerleau said, as reported by CBS. “If inflation starts tapering off, which I think that will occur, we’ll go back to more modest annual adjustments each and every year. This may end up being a one-time thing.”