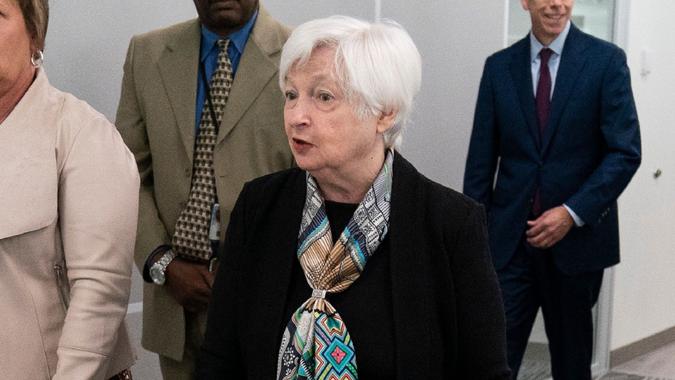 Speaking at an Internal Revenue Service (IRS) facility in New Carrollton, Md., Yellen outlined how the $80 billion in new funding for the agency will be put to use, from getting phone calls answered and solving problems online to receiving refunds more quickly, according to a statement.

“The Inflation Reduction Act finally provides the funding to transform the IRS into a 21st century agency. While all the improvements won’t be done overnight, taxpayers can expect to feel real differences during the next filing season. Today, I’m announcing specific progress we’ll deliver on,” Yellen said, according to a transcript of her remarks.

The improvements will include:

Yellen said that during the most recent filing season, the IRS averaged a 10-15% level of service: in other words, it answered less than two of every 10 calls. This season, it said it is committed to an 85% level of service.

“Due to chronic understaffing and high call volume, the IRS has been unable to provide the level of phone service that taxpayers deserve,” she said.

Speed up processing and refunds by moving online

Yellen also said that an improvement will be for the IRS to “firmly move into the digital age.”

She added that presently, employees at the IRS still manually transcribe many paper returns, but in this coming filing season, the IRS will automate the scanning of millions of individual paper returns into a native digital copy.

“For taxpayers, this means faster processing and faster refunds. The IRS will also build online capabilities to enable taxpayers to fully interact with the agency digitally. Currently, when taxpayers receive a notice from the IRS, they generally must respond via mail. During this coming filing season, millions of taxpayers will be able to receive and respond to notices online,” Yellen said.