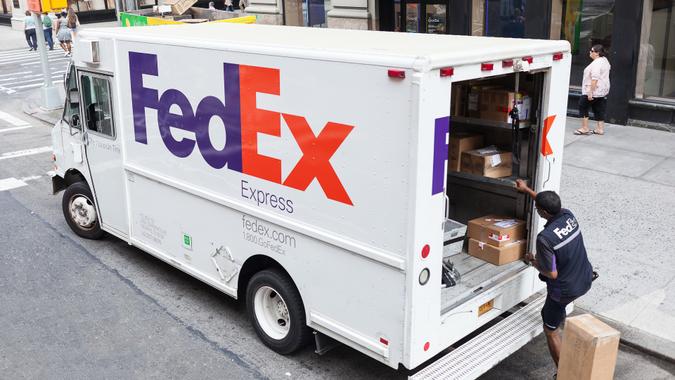 It’s no secret that major corporations rely on tax loopholes to reduce their tax bill and maximize total income. A new report by the Institute of Tax and Economic Policy says that in 2020, 55 major companies paid $0 in federal income tax despite collectively earning over $40 billion.

The 55 companies identified by the non-profit think tank are among some of the best known brands in the world. In the consumer services section alone, companies like Charter Communications (the parent of Spectrum Internet), Dish Network, FedEx, HP and Nike all either paid $0 in taxes or received a refund.

Energy companies were also among the major sectors that did not pay into the community chest. American Electric Power, Consolidated Edison, Duke Energy, FirstEnergy and Xcel Energy all had either a $0 bill or a negative effective tax rate. Other big brands on the list were motor vehicle conglomerate Penske Automotive Group, software giant Salesforce.com and microchip manufacturer Advanced Micro Devices.

How are the companies able to get away without paying taxes? According to the report, the decades-long trend was accelerated by the passage of the CARES Act in 2020. Although the bill provided economic stimulus payments to Americans, it also allowed companies to “carry back” losses from up to five years to offset income usually taxed at 35%. This allowance created $500 million in tax breaks, allowing at least four companies to get to a zero-balance on their tax bill.

Other companies used creative accounting to wipe away some of their tax liability. Over 10 used executive stock option breaks to reduce their tax bills by writing off stock-option-related expenses. At least six companies used federal research and experimentation credits to significantly cut down their tax bill.

The ITEP report comes on the heels of another investigation suggesting that America’s highest earners are responsible for over one-third of unpaid taxes. A National Bureau of Economic Research working paper suggests the wealthiest 1% may be using technology and other creative means to obfuscate their true income.