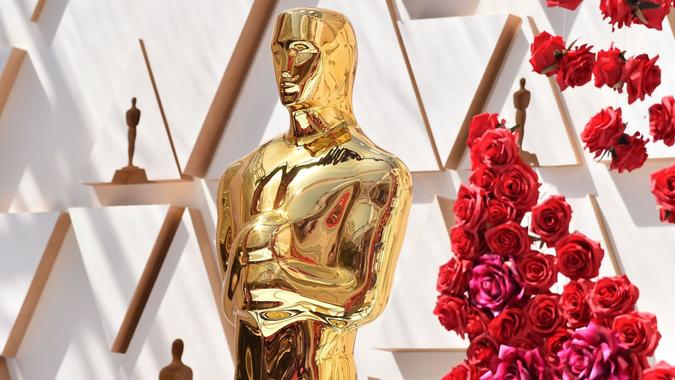 So, you want to be a big-shot movie star, do you? Maybe get nominated for an Academy Award and grab a bag of swag worth nearly $140,000 — the bags they give out to actors and directors at the Oscars? Well guess what: You’ll have to pay taxes on the gift bag, so fame comes with a price, kid.

The “Everybody Wins” gift bags, worth just more than $137,000 each, were distributed by Los Angeles-based Distinctive Assets during Sunday night’s Oscars, but only to the most famous nominees. The bags were given to the five nominees in each of the four acting categories as well as the nominees for “Best Director,” CNBC reported. The bags included everything a Hollywood star could dream of, including gold-infused olive oil and $10,000 worth of plastic surgery.

The bags also include a hefty potential tax bill because they aren’t really “gifts” as defined by the IRS. As the IRS states on its website:

“These gift bags are not gifts for federal income tax purposes because the organizations and merchants who participate in giving the gifts bags do not do so solely out of affection, respect, or similar impulses for the recipients of the gift bags.”

So what are these non-gift gift bags? According to one source, they are incentives to spread the word about the products inside.

“If you think about it as ‘what is the intent of providing those items, products or services?’, obviously it’s the hope that the celebrity is going to use that product, go on that vacation,” Eric Bronnenkant, head of tax at Betterment, told CNBC. “They’re trying to influence behavior.”

The IRS considers this such a big deal that it has dedicated a whole web page to the topic, called “Gift Bag Questions and Answers.” The first question deals with the federal tax consequences of someone accepting a gift bag in recognition of their involvement in an awards show.

The answer is this: “In general, the person has received taxable income equal to the fair market value of the bag and its contents and must report that amount on his or her federal income tax return.”

For successful Hollywood actors and other high earners in California, this can mean a tax rate over 50%, Bronnenkant said.

That doesn’t mean gift bag recipients will necessarily have to pay taxes on all the items. As Distinctive Assets Founder Lash Fary pointed out to CNBC, the most valuable gifts need to be redeemed by the recipient before being taxable.

“In fact, $5,000 of that $137,000 [value] is physical products that they can take out and put in their cupboard or re-gift to their mom or kid,” Fary said. “The rest are invitations or offers that have no taxable consequence and no true value unless they redeem it.”

For example, one of the gifts this year was an all-expenses-paid trip to Turin Castle in Scotland valued at about $50,000.

Discover: What Do the Richest 1% Really Pay in Taxes?
Learn: 23 Ridiculous Tax Loopholes