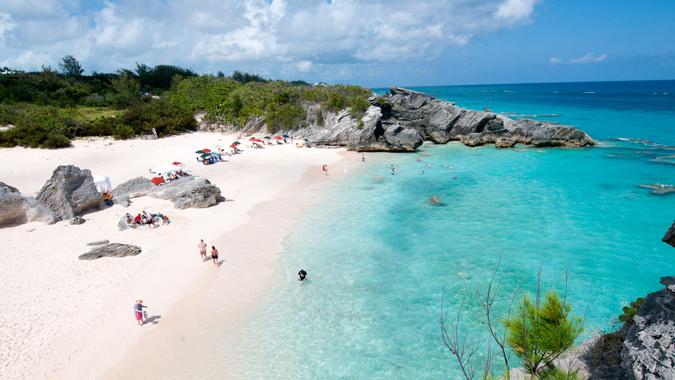 The investigation about offshore accounts is the world’s largest-ever journalistic collaboration, involving more than 600 journalists from 150 media outlets in 117 countries, the ICIJ says on its website.

“The leaked records reveal that many of the power players who could help bring an end to the offshore system instead benefit from it — stashing assets in covert companies and trusts while their governments do little to slow a global stream of illicit money that enriches criminals and impoverishes nations,” according to the ICIJ.

The ICIJ explains that the leak uncovers confidential records of 14 offshore service providers that give professional services to wealthy individuals and corporations seeking to incorporate shell companies, trusts, foundations and other entities in low- or no-tax jurisdictions.

“The entities enable owners to conceal their identities from the public and sometimes from regulators. Often, the providers help them open bank accounts in countries with light financial regulation,” it says.

Some of the revelations include three beachfront mansions in Malibu purchased through three offshore companies for $68 million by the King of Jordan “in the years after Jordanians filled the streets during Arab Spring to protest joblessness and corruption.”

The papers also found that, in 2017, Tony Blair and his wife, Cherie, became the owners of an $8.8 million Victorian building by acquiring the British Virgin Islands company that held the property. The London building now hosts Cherie Blair’s law firm. The records indicate that Cherie Blair and her husband, who served as a diplomat in the Middle East after stepping down as prime minister in 2007, bought the offshore company that owned the building from the family of Bahrain’s industry and tourism minister, Zayed bin Rashid al-Zayani, according to the investigation. By purchasing the company shares instead of the building, the Blairs benefited from a legal arrangement that saved them from having to pay more than $400,000 in property taxes.

In addition, according to the investigation, the U.S. is one of the biggest players in the offshore world.

“It is also the country best situated to bring an end to offshore financial abuses, thanks to the outsize role it plays in the international banking system. Because of the U.S. dollar’s status as the de facto global currency, most international transactions flow in and out of New York-based banking operations,” according to the papers.

Discover: Crazy-Sounding Tax Deductions That Are Actually Legal To Use

An offshore bank account refers to the use of banking services in a foreign jurisdiction; where the individual resides outside the jurisdiction where the bank is located. If you are a U.K. person with a bank in the U.S. for example, you are using offshore banking. The term “offshore” is really just used to separate domestic and foreign banks, according to OffshoreProtection.com.

However, according to the Internal Revenue Service, while there are legitimate reasons for maintaining financial accounts abroad, there are reporting requirements that need to be fulfilled and failure to do so is a crime.

“U.S. taxpayers who maintain such accounts and who do not comply with reporting requirements are breaking the law and risk significant fines, as well as the possibility of criminal prosecution.”

With this in mind, if you wish to open an offshore account, it’s “easier to establish than ever. With the quick digital access of information, you can open an offshore bank account online, with minimal documents from the comfort of your couch,” according to OffshoreProtection.com. The website warns, however, that the environment is more difficult to navigate due to all the changes taking place.

“Global banking laws are tighter and constantly evolving with many new regulations, plus offshore banks are more hesitant to take clients who have certain shell companies or holding companies formed in non-compliant jurisdictions fearing being blacklisted by the OECD, tariffed by the U.S. or bullied out of the global banking system by correspondent banks.”

OffshoreProtection.com recommends that individuals should seek professional guidance from an offshore tax professional or consultant and conduct thorough research to make sure they are getting it done right.

Finally, while there are several factors to take into consideration when opening an offshore bank account, one of the most important things to look for when choosing a foreign country to bank in is economic and political stability.

According to OffshoreProtection.com, the top five best offshore banking countries are: