Tax Audit Rates Decrease Across the Board, Especially for Those Earning $200K+ 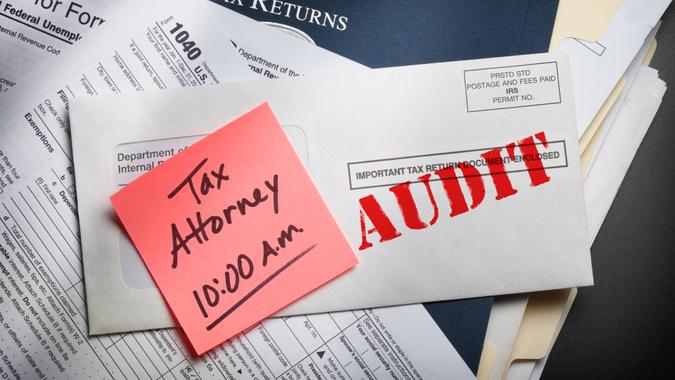 The IRS has come under increased scrutiny during the COVID-19 pandemic for a massive backlog of unprocessed returns and mounting complaints about poor customer service. But as new government research shows, the agency’s problems predate the pandemic and include a steady decline in tax audits — especially for higher-income taxpayers.

See: Stimulus Updates To Know for Spring 2022
Find: 22 Side Gigs That Can Make You Richer Than a Full-Time Job

A study from the U.S. Government Accountability Office, released this month, found that in recent years, the audit rate declined the most for taxpayers with annual incomes of $200,000 and higher. At the same time, the IRS audited taxpayers with incomes below $25,000 at higher-than-average rates, Accounting Today reported.

During the tax years 2010 to 2019, overall audit rates of individual income tax returns decreased across all income levels. On average, the audit rate for these returns fell from 0.9% to 0.25%.

IRS officials attributed the slowdown to reduced staffing tied to decreased funding. The reason audits of higher-income taxpayers declined more than others is that these audits “are generally more complex and require staff’s review,” the GAO said in its report. In contrast, “lower-income audits are generally more automated, allowing IRS to continue these audits even with fewer staff.”

As Accounting Today noted, audits of the lowest-income taxpayers — especially those who claim the EITC — resulted in higher amounts of recommended additional taxes per audit hour compared to almost all other income groups. EITC audits are mostly pre-refund audits conducted through correspondence, so they require less time than other types of audits. Lower-income audits also tend to have higher rates of change to taxes owed.

From fiscal years 2010 to 2021, most extra taxes recommended following audits came from taxpayers with annual incomes below $200,000.

The GAO conducted the study because of concerns about underreporting of income taxes. The IRS estimates that individual taxpayers underreported their income tax on average by $245 billion each year for tax years 2011 to 2013.

“This underreporting is the largest component of the tax gap — the difference between the amount of taxes owed and taxes paid timely and voluntarily,” the GAO said.

A decline in audits has raised worries about a similar decline in taxpayer compliance. As the GAO report discovered, it has also led to concerns that lower-income taxpayers are unfairly selected for audits simply because their returns are easier and faster to audit than those of high earners.