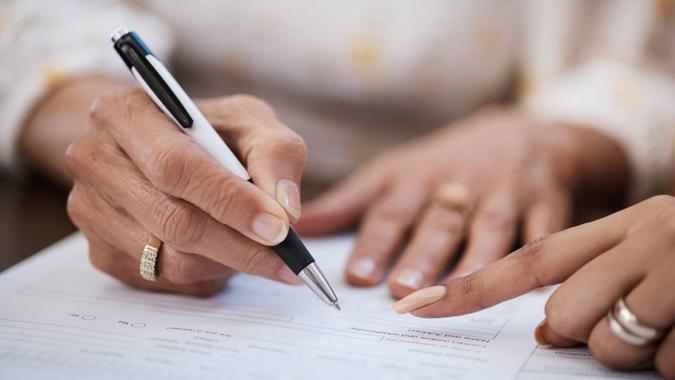 An update to the IRS’s portability rule will help wealthy American families save a lot of money on taxes when they leave behind inheritances to heirs.

See: Ways You Can Lose Your Social Security Benefits
Find: Looking To Diversify In A Bear Market? Consider These 6 Alternative Investments

Under new 2022 limits, individuals can now give up to $12.06 million tax-free to their children and other nonspousal beneficiaries during their lifetime or upon their death, MarketWatch reported. Amounts above that figure are subject to a 40% tax in the form of either a gift tax or estate tax, depending on when the money was transferred.

This means that if your spouse dies in 2022, up to $12.06 million in estate tax exemption can be transferred to the surviving spouse, according to Hallock & Hallock, a Logan, Utah-based law firm specializing in estate planning. The 2022 figure is up from $11.7 million per individual in 2021.

The new rule also gives spouses five years to transfer to their surviving spouses the remainder of the tax-free limit that they didn’t use. Previously, they only had two years to file for the so-called “portability extension.” To do this, you’ll need to file an estate tax return, which is typically due nine months after the decedent’s death.

In its ruling, the IRS said it “has observed that a significant percentage of these ruling requests have been from estates of decedents who died within five years preceding the date of the request.” Both the IRS and the Treasury Department concluded that the “considerable” number of ruling requests shows “a need for continuing relief for the estates of decedents having no filing requirement.”

The exemption amount is currently adjusted for inflation, but the limit is expected to “sunset” in 2026. When that happens, the limit could be reduced to about $6 million.

Given the potential reduction of the estate tax exemption in 2026, Hallock & Hallock recommends considering whether filing for portability makes sense if you have a spouse who died within the last five years.

“If there is any doubt, filing is almost certainly the answer,” Hallock & Hallock said on its website. “If you are outside the new five-year rule, you should still consider seeking a private letter ruling from the IRS allowing you to file late.  In a period of uncertainty, the best strategy is always to have as many tools at your disposal as possible.”