These US Counties Have Unusually High Property Taxes — But Why? 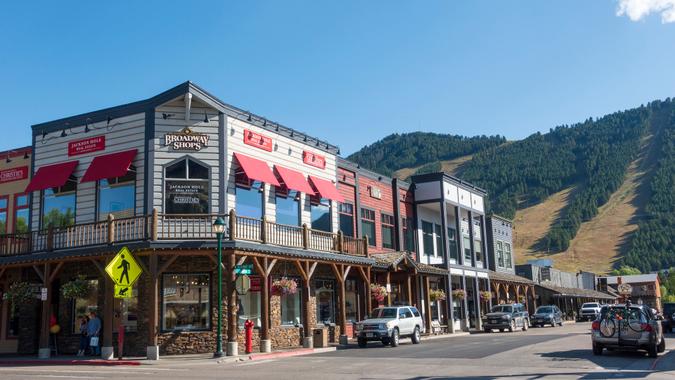 Logic prevails that the closer you are to a major city, the higher your property taxes are going to be. For example, in the New York City area, homeowners have property tax bills greater than $10,000. However, when you move away from major urban centers, the average property bill fluctuates greatly. So much so that there are six counties that pay less than $200 a year.

See: The Safest Places To Retire Outside the US
Find: Should You Still Buy a Home in Today’s Market?

According to a recent Tax Foundation article, property taxes comprised 72.2% of the local tax revenue acquired by local governments for the fiscal year 2020. While homeowners across the U.S. are obliged to pay taxes on their property every year, the discrepancies between what they pay in each state — and within the same state — vary extensively.

Using 2020 U.S. Census Bureau data, Tax Foundation mapped a five-year estimate of the medium property taxes paid in every county in the U.S. and found that states with large urban areas levy large property taxes overall, but in some areas, the counties within states vary wildly in what residents pay each year.

Those anomalies show up in the southern county of Quitman County, Georgia ($413/year), where homeowners pay an average of $2,772 less in property taxes than their neighbors in Fulton County ($3,185/year). Out West, in Sarpy County, Nebraska and Teton County, Wyoming residents pay extraordinarily high property taxes compared to the rest of state.

The discrepancy in Georgia is because Fulton houses most of the city of Atlanta, the eighth most populous metropolitan area in the U.S. Quitman county, which is about 150 miles south of Fulton on the border of Alabama, is ranked -1th of the 3,143 counties for property taxes as a percentage of median income — and that’s not even the lowest tax rate in the state.

Nebraska as a whole is known for relatively high property taxes — it is listed as the eighth most expensive state for property taxes. The County of Sarpy stands apart from the rest of the state as having one of the highest median property taxes in the country, per Tax-Rates.org. The average annual property tax paid by residents of Sarpy County is about 4.04% of their annual income. Why? Because it spends more than other counties on schools and because it collects a substantially higher percentage of each property’s value as tax, which makes the property taxes higher than anywhere in Nebraska, per Property Tax 101.

What sets Teton County apart from all counties in Wyoming — and most counties in the United States — is the city of Jackson. The median home price in Jackson is over $2 million and the square-foot price in the city is $1,300. That raises the average house price for the entire state, according to Forbes. Over in Delaware County, Ohio a similar anomaly happens since home prices there are twice as much as the rest of the state.

Overall, based on the data gathered by Tax Foundation, which used “the average amount of residential property taxes actually paid, expressed as a percentage of home value” to formulate its percentages, New Jersey has the highest state property taxes in the U.S., followed by Illinois, New Hampshire, Vermont and Connecticut. The five states with the lowest property tax rates are Hawaii, Alabama, Louisiana, Colorado and West Virginia.

To see how your state compares, you can find the Tax Foundation’s interactive county map here.