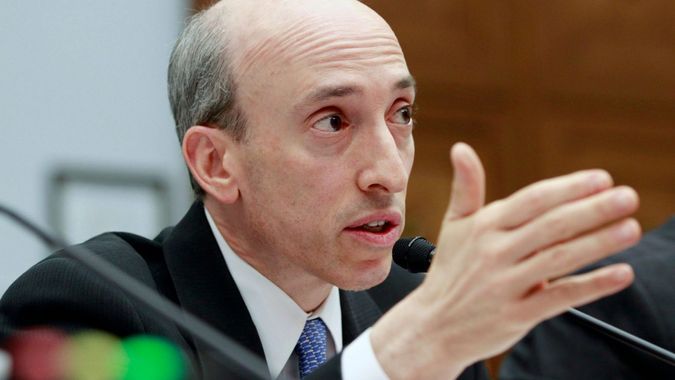 Securities and Exchange Commission Chair Gary Gensler said yesterday that he is calling for a review of rules underpinning equity trading “to maintain fair, orderly and efficient markets, while ensuring we protect investors and facilitate capital formation.”

Referencing the past months’ market frenzy around meme stocks, including AMC and GameStop, and trading apps such as Robinhood, Gensler said yesterday at the Piper Sandler Global Exchange & FinTech Conference that “the question is whether our equity markets are as efficient as they could be, in light of the technological changes and recent developments.”

Gensler also reiterated his criticism over the so-called payments for order flow, as “brokers profit when investors trade. For those brokers who have these arrangements –and not all do — higher trading volume generates more payment for order flow,” he said.

“What makes the current zero-commission brokerage environment different is that investors do not see their costs as they’re executing trades, so they may perceive them as free,” he added, noting that some of these issues were highlighted in the SEC’s settled enforcement action against Robinhood last December.

When its customers buy and sell stocks and options, Robinhood, for example, routes those orders to high-speed traders, such as Citadel Securities, which pay for the right to execute many of those trades. The process is called payment for order flow.

Robinhood said in an emailed statement to GOBankingRates that they “agree with Chairman Gensler that technology has expanded access to investing.”

“At Robinhood, we’re committed to providing products and services to all investors, particularly people who previously were excluded from participating.  We look forward to engaging with the SEC through its formal rulemaking process as it considers changes to the current market structure, which is working so well for an increasingly diverse universe of investors,” they wrote.

Gensler also addressed the gamification and other behavioral prompts, “which we’re seeing across mobile brokerage apps.”

“Many of these features encourage investors to trade more, leading to more payment for order flow for the brokers,” he said, adding that some academic studies suggest, however, that more active trading or even day trading results in lower returns for the average trader.

“Thus, I have asked staff to prepare a request for public input for consideration on these issues.”