Do Social Security and Medicare Taxes Wind Up Being Worth It? Crunch the Numbers 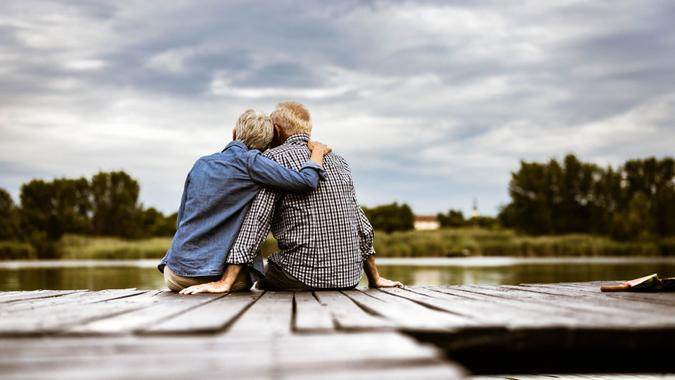 For many retired Americans, the Social Security payments they get each month — and the Medicare benefits they receive (and pay for) — might not seem like much compared to the decades of work they put in to earn them. In truth, you’ll probably end up taking out a lot more than you paid in to the Social Security and Medicare programs.

An Urban Institute report issued in February found that for a single male worker who earned average wages every year of his career — and retired in 2020 at age 65 — the lifetime Social Security and Medicare benefits he gets would exceed the lifetime taxes he paid by $550,000. For a couple with one average earner and one low-wage earner, benefits would exceed taxes by twice as much: $1.1 million.

For now, the benefits are less but still a net positive for higher earners, Bob Carlson, editor of the Retirement Watch newsletter and website, wrote in a recent column for Forbes. But that’s changing. For many higher-income taxpayers, the Social Security taxes they paid are starting to exceed their lifetime expected benefits.

Meanwhile, the Urban Institute noted that past U.S. Congresses have scheduled the figures to roughly double in value for millennials, who retire around 2060. At the same time, Social Security and Medicare taxes paid by employers and employees are expected to fall well short of the benefits that current and future beneficiaries will receive.

These kinds of trends will put even more pressure on lawmakers to do something to bring more balance to the system.

“Given the fiscal state of both Social Security and Medicare, benefits and taxes are due for adjustments,” Carlson wrote. “Congress is likely to have to increase taxes or reduce benefits or a combination of both in the coming years.”