Click to see 10 effects of inflation — and how to protect your money now.

The three top-ranking metropolitan areas — defined as a population greater than 2 million — with the fastest growth in real personal income were:

In comparison, in 2016, the most recent reported year, real state personal income across the nation grew by 1.1 percent, after increasing 4.7 percent in 2015.

Beyond the draw of temperate year-round climates, residents of the three metropolitan areas reap the benefits of a relatively low cost of living with median household incomes that hover around or exceed the national median of $57,617. Here’s a closer look at the three leading metro areas:

The results show that you don’t have to sacrifice living in a bustling metropolis in your search for the best place to live on a budget. Salaries stretch a little further thanks to costs of living that are below the national average and housing that’s affordable in Atlanta-Sandy Springs-Roswell, Ga.; Orlando-Kissimmee-Sanford, Fla.; and Charlotte-Concord-Gastonia, NC. and S.C. With a little more money in your pocket, you’ll be able to get out and enjoy more of what each thriving city has to offer.

Click to keep reading about 31 cities where you can afford to live off less than $50,000. 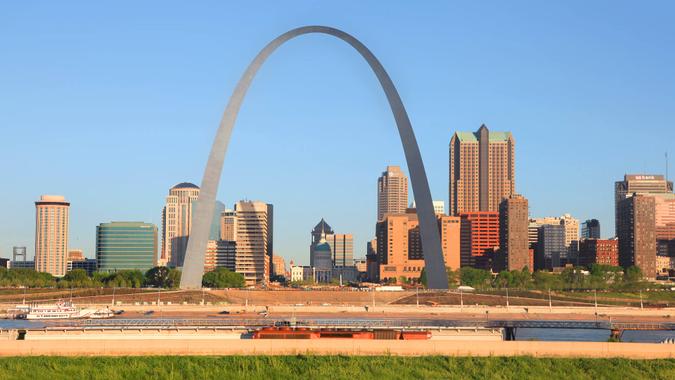 The Best and Worst States to Be Rich in America

Which states are best for rich Americans? Find out.