Average US Retirement Savings Is $168K, Survey Says — Who’s Ahead, Who’s Behind, and What Assets Should You Depend On? 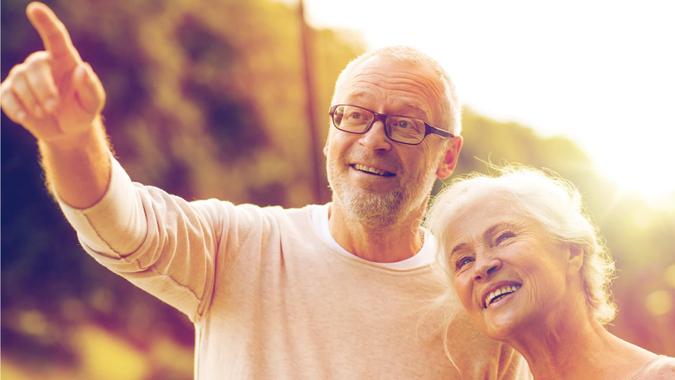 Ask any five financial experts how much money you should have saved for retirement by a certain age and you’re likely to get five different answers. The one thing most agree on overall, though, is that Americans don’t save as much as they should.

Find: 5 Best Southern Cities To Retire on a Budget of $1,500 a Month
Also See: 15 Worst States To Live on Just a Social Security Check

There have been positive developments, however. Recent studies show that younger Americans have greater access to and higher participation in retirement plans than previous generations, according to a new survey from ConsumerAffairs, a for-profit company that provides consumer guides and information. It cited one study showing that millennials had higher balances in their 401(k)s than Gen Xers did at the same age.

The ConsumerAffairs survey of 1,000 Americans (including 205 retirees) found that the average retirement savings among respondents is $167,944. That’s a much higher figure than you’ll find in other analyses — including a 2017 report from the Government Accountability Office, which said that the median retirement savings was just more than $107,000 for Americans between the ages of 55 and 64.

By generation, retirement savings provided by ConsumerAffairs respondents broke down as follows:

Those figures stack up pretty well against the average savings computed by other sources. A November 2021 article on the Synchrony Bank website, citing data from the Transamerica Center for Retirement Studies, said the median savings for Americans in their 20s is $16,000. Other age cohorts broke down as follows: Americans in their 30s had $45,000 saved up; those in their 40s had $63,000; those in their 50s had $117,000; and those in their 60s had $172,000.

Although the ConsumerAffairs respondents seem to be better positioned for retirement than people surveyed in other polls, many respondents still believe they are behind financially. For example, only 14% of retirees believe they’ve achieved their dream retirement situation, while 26% remain very worried about money.

Gen Xers were the least confident (40%) that they are on track to retire at their desired age. They were nearly evenly split between wanting to retire at 61 or older (52%) and at 60 or younger (48%). In contrast, about two-thirds (66%) of Gen Z respondents said they wanted to retire at or before 60, and 56% were confident they’d be able to retire when they want.

In terms of what kinds of assets Americans are using to fund their retirements, here is what the ConsumerAffairs study found: