Will Millennials and Gen Z Have Enough Money To Retire? 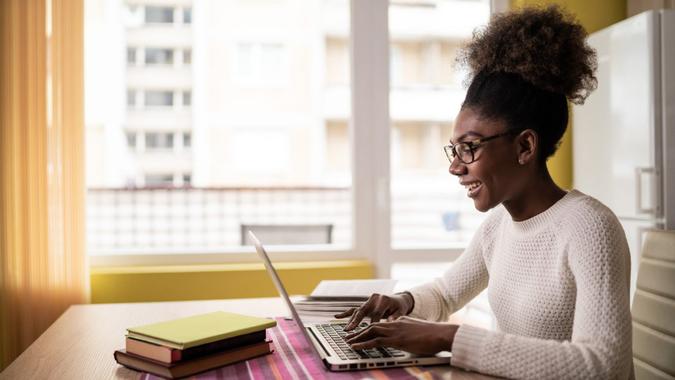 Older sets love to talk about millennials like they’re spring chickens who have yet to step out into the big, mean world. But the oldest millennials are in their 40s. They’re putting money into 529 plans for their own children’s college educations. Gen Z, on the other hand, is just entering the workforce. They have the greatest tool any investor or saver could ever hope for — time. But is either generation walking a path that leads to a financially secure retirement? GOBankingRates asked the experts.

Find Out: Surprising Ways Gen Z and Millennials Are Worlds Apart Financially
Read: These Are the 15 Best Cities for Gen Z To Live Well on a Budget

In 2019, the longest bull run in U.S. stock market history turned 10 years old — and the good times are still rolling today, despite 2020. That’s great news for anyone with skin in the game, but younger investors who have never known anything else are overdue for a reality check about the nature of the beast.

“What concerns me is the expectation that these two generations have of the stock market,” said R.J. Weiss, a CFP and founder of the personal finance site The Ways to Wealth. “With a decade-long bull run, these age groups haven’t experienced what it’s like for the market to go down or remain flat.”

Many are overinvested in the rock star stocks at the top of the Nasdaq composite when a more vanilla ETF might be a better long-term play.

“A steady 7% return with passive index investing over the course of a few decades doesn’t have much appeal to them,” Weiss said. “What gets their attention are things like meme stocks and massive returns of the big tech stocks like Apple and Tesla. In turn, these generations are taking a lot more risk with their portfolios. While this strategy may work short term, in the long term, few will survive the ups and downs and many can be wiped out with just one bad decision.”

But They’ve Also Been Blessed With Amazing Tech and Tools

One thing is certain. If young savers don’t invest, it’s not because they lacked the technology or know-how.

“It has never been easier to get started and save for retirement,” said Charles H. Thomas III, CFP, a financial advisor and the founder of Intrepid Eagle Finance. “The cost to get started, ease of saving and good-quality options are vastly more for Gen Y and Z compared to Gen X.”

And certainly for boomers. Investing in the stock market always came with huge barriers to entry in the form of cost, access and information. Millennials and Gen Z are the only generations who came of age having never experienced any of that. A cheap index fund in a free brokerage account paid for a little at a time through partial-share investing is theirs for the taking, even on the slimmest of budgets.

“For those who choose to make it a priority over time, they should be confident about their ability to retire,” Thomas said. “For those who haven’t yet, the only obstacle is opening up their phone and taking action.”

If a lot of millennials and Gen Zers aren’t saving enough, it’s not because of stale boomer stereotypes about how they’ve gotten too much for free. In most cases, it’s because college cost them way too much.

“Most are not saving enough, with a primary reason being student loan payments,” Weiss said. “It’s an unfortunate situation because, for a lot of people with student loan debt, they don’t have the steady income they thought they would earn with a degree. Without a steady income, it becomes much harder to save consistently over the course of their working lives.”

Steffa Mantilla, a certified financial education instructor (CFEI) and founder of the personal finance website Money Tamer, shares Weiss’ concerns about student loans and the roadblock that college debt will be for long-term financial planning.

“For those who are crippled by debt well into their 30s, they’re going to have a late start saving for retirement,” Mantilla said. “This means they’ll not get to take full advantage of compounding interest of two additional decades. Their retirement amounts will end up being a lot lower so a full retirement is unlikely. With these two generations, more people will be working, at least part time, well into their later years.”

The youngest savers and investors came up in the wake of the worst terrorist attack and the longest wars in history, the worst recession since the Great Depression and the deadliest health crisis in living memory.

By and large, they adjusted, adapted, kept what worked and tossed what didn’t.

“Not everyone will be short on retirement funds,” Mantilla said. “The FIRE movement (financial independence retire early) has many early 20s to late 30s people working on the goal of reaching financial independence. They’re finding ways to live off of only 20% of their paychecks while saving the rest into tax-advantaged accounts.”

Guide to Investing: What First-Time Investors Need To Know

The culture of job-hopping, side-hustling and self-directed investing created versatile and adaptable savers who place a premium on multiple income streams and financial independence.

“The big trend we will see is less and less reliance on others, such as an employer’s 401(k) plan or even the government with Social Security,” Weiss said. “Instead, these generations look to take saving for retirement into their own hands and with brands that have earned their trust.”

As always, same with every generation, haves and have-nots will eventually emerge.

“Ultimately, the divide of people will be vastly different,” Mantilla said. “Some will have more than enough while others will never get to have a full retirement.”