Some of the Southwest rewards and benefits you get with the Rapid Rewards Plus credit card include two Rapid Rewards points for each $1 spent on Southwest Airlines products like tickets or gift cards and at participating hotel and car rental partners. You earn one point for each $1 spent on other purchases. There are no blackout dates for free flights, and you don‘t pay baggage or ticket change fees. You‘re protected by Lost Luggage and Baggage Delay Insurance, as well as Extended Warranty and Purchase Protection. The annual percentage rate is currently between 16.90% and 23.99% APR, based on your credit score.

Apply For a New Credit Card
Sponsors of

You can also use your Rapid Reward points for other purchases, such as hotel stays, car rentals or gift cards. Southwest automatically transfers your points from your credit card account into your frequent flyer account each month.

The Chase Southwest Rapid Rewards Plus Credit Card is one of four Southwest Airlines Rapid Rewards credit cards, with several features distinguishing it from the other three Southwest travel credit cards. Its $69 annual fee is lower than two of the other cards, but the same as the Business Plus card’s fee. It offers the same 40,000 point bonus for spending your first $1,000 within three months as the Premiere card, which is lower than the business card’s bonus. It shares its 3,000 points cardholder anniversary reward with the Business Plus card.

All Southwest Rapid Rewards credit cards have the same interest rate spread, and each lets you earn qualifying points toward a Companion Pass or priority boarding and check-in.

To help you decide if this is the best airline credit card for you, here’s a quick review of the main advantages and drawbacks this Southwest credit card:

If you fly Southwest frequently and Rapid Rewards is your favorite among the airlines’ frequent flyer programs, this Southwest card could be your best credit card for miles around. As with any other airline credit card, you should review the terms and conditions of the Southwest Airlines Rapid Rewards Plus credit card and compare it to other rewards cards to confirm if it fits your needs.

Click through to learn about the Southwest Rapid Rewards Priority credit card — the best Southwest credit card for frequent travelers. 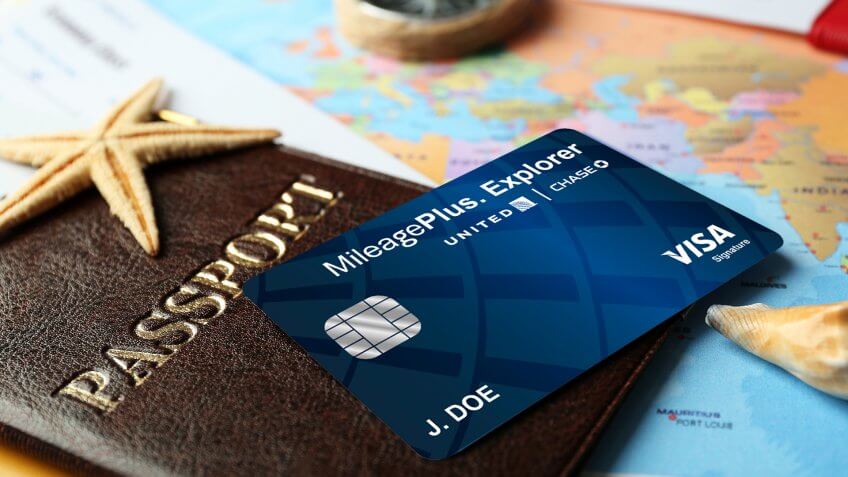 The United Explorer Card can help you rack up miles fast.