As More Sellers Drop Prices, Is the Housing Market Finally Slowing Down? 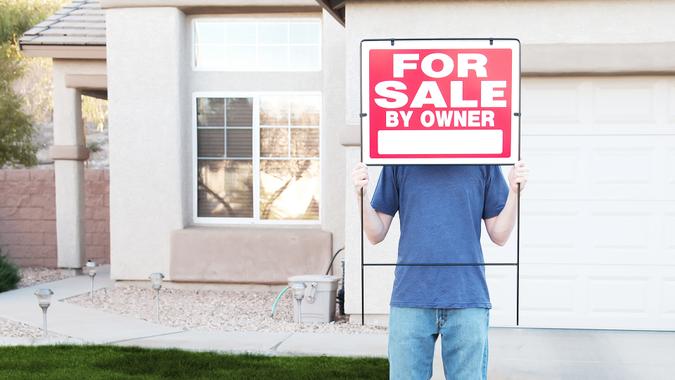 The real estate market has been wild for the past couple of years, but many are wondering if it’s finally starting to slow down. If so, this would be a long-awaited reprieve for buyers and a wake-up call for potential sellers, as the tide may be turning away from their favor.

If You’re Remodeling: 10 Kitchen Renovations That Will Hurt Your Home’s Value
Good To Know: 13 Best Places on the West Coast for Couples To Live on Only a Social Security Check

While 2022 was the housing market’s hottest March ever, 12% of homes had a price drop during the four weeks ending April 3, according to Redfin. This likely has something to do with rising interest rates, which reached 5.27% for the week ending May 5 — the highest level realized since the early aughts.

If you’re planning to buy or sell a home this year, you’re probably wondering what this means for you. Several real estate agents have weighed in to explain how you could be affected.

“What many people need to remember, including real estate agents, is all real estate is local,” said Bill Gassett, a realtor with Maximum Real Estate Exposure, based in Hopkinton, Massachusetts. “What may be happening in one part of the country might be completely different in another area.”

Personally, he said there’s been little to no change to the extreme seller’s market in his area of Massachusetts.

“Prices are not being dropped here, because demand still outweighs supply by a significant margin,” he said. “We have record-low inventory. It has increased slightly over the last few weeks, but nothing that is earth shattering.”

He said that eventually rising interest rates will spark a change, but it’s not likely to cause a rapid reduction in prices.

“For buyers, it will be a welcome relief because it has been hell over the last few years,” he said. “For sellers, they will have missed out on one of the best economic housing booms of our lifetime.”

Trey Langford, a real estate agent with Build Idaho, based in the Boise, Idaho, area said the frenzy in his local market is slowly starting to decline.

“Now it takes two weekends to sell a home,” he said. “The market is still hot, just slowing down from 100 mph. Last spring it seemed like every home had eight to 20 offers and now it seems like buyers are only competing with two other offers.”

He said there are many discussions about how the market went up too fast, but many of his local buyers are still willing to pay a premium because Boise is a great place to live.

“The deceleration though is giving many buyers a chance to take a closer look and compare houses, because they now have more time to make a decision,” he said. “Many sellers will need to adjust their expectations, because it is not spring 2021 still.”

Hang In There If You’re Waiting for Change

Bill Samuel, a residential real estate developer and owner of Chicago-based home-buying company Blue Ladder Development, said he has started to notice the impact of higher interest rates on the housing market.

“Some buyers who were shopping for a home in a specific price range have now found themselves unable to afford their projected budget,” he said. “However, there is still a record low level of homes available for sale, so the housing market at the moment is still quickly appreciating.”

He said the increase in rates won’t immediately affect housing prices but should slow down price growth in the long term when inventory levels return to their typical range.

“My guess is that the rising interest [rates] will slow down the housing price growth for the next several years, but the market will still continue to climb upwards in price,” he said.

David Tully, a real estate agent with eXp Realty, based in Reno, Nevada, agreed that despite showing signs of calming in recent days, the seller’s market isn’t going away anytime soon.

“The prices will continue to stay high, inventory will continue to remain tight and even the mortgage rates will rise further,” he said. “However, the competition will be less intense compared to what we have seen lately.”

While he said you can’t expect real estate prices to crash anytime soon, it’s reasonable to expect them to come closer to income growth levels.

“This means the price growth might just settle at a reasonable 4% to 5% annual growth rate,” he said.

So essentially, the housing market is likely slowing down a bit, but buyers shouldn’t expect drastic price cuts just yet. However, this should serve as a motivator for potential sellers, as the ability to get top-dollar for their property won’t last forever.