Nearly Half of Wealthy Households Support Higher Taxes, According to Millionaire Survey 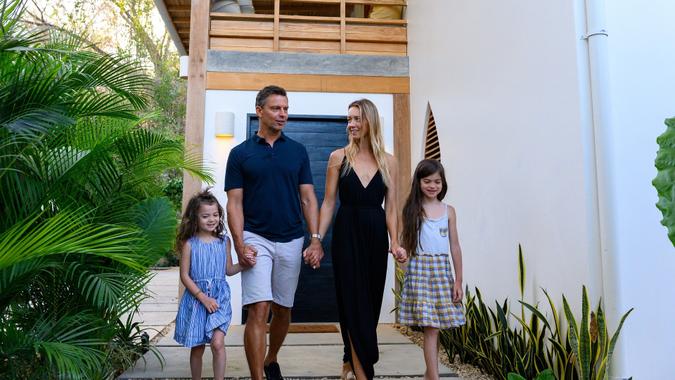 A recent CNBC survey of millionaires revealed that the majority of wealthy Americans are in favor of higher taxes for the wealthy and corporations.

See: Child Tax Credit Payment Schedule Is Out Now – Here’s When You’ll Get Your Money
Find: The Ultra-Rich Are Saving Their Money Instead of Spending It – Now the Middle Class Is ‘Buried’ In Debt

According to the survey, which was conducted by Spectrum Group on behalf of CNBC, almost half (48%) of wealthy Americans earning $1 million or more support increasing the capital gains tax. In addition, 60% of those individuals support a wealth tax on those worth $10 million or more.

New: Your 2021 Baby Makes You Eligible for the Child Tax Credit

Biden has also suggested raising the capital gains top tax rate to 39.6% from 20% for taxpayers whose income exceeds $1 million. CNBC also pointed out that when combined with the 3.8% net investment income tax that applies to wealthy individuals when appreciated assets are sold, the rate paid on those capital gains would be 43.4%.

According to the Treasury Department, this would apply to individuals with a taxable income of $452,700 and married couples filing a joint tax return with income over $509,300 in 2022, as reported by CNBC. It was also noted in an analysis by the Urban-Brookings Tax Policy Center that Biden’s plan would raise taxes by $213,000 for the top 1% in 2022.

While survey respondents believe that tax hikes are fair, CNBC reported that 73% believe their tax burden is fair and 21% stated that they are paying too much. Meanwhile, while survey respondents do expect higher taxes under Biden, 62% don’t expect to alter their finances because of these changes. Where do you stand on the issue of a tax increases?