The Year in Inflation: What It Meant for the US — And Your Wallet 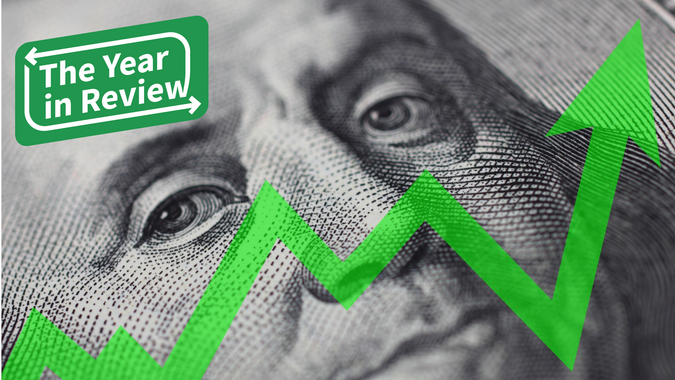 In 2021, there was hardly a sliver of the entire economy that was immune to inflation, but prices rose sharpest and fastest in the categories where most households spend most of their money. The degree to which your life was interrupted, however, probably has a lot to do with how well you were doing before things started to get more expensive.

Read: What Did Biden and Congress Mean for Our Wallets in 2021?
Social Security 2022: How the COLA Will Increase Benefits for the Average Senior Couple

“Prices are rising throughout the economy,” said Gary Zimmerman, a former investment banker and current CEO and founder of MaxMyInterest. “Increases have been most acute in the housing and used car markets, reflecting a mismatch between supply and demand. Since these are the largest expenses for most households, the impact of inflation in these sectors has been particularly painful for many families. By contrast, low interest rates have driven up stock prices, so those with investment portfolios may be feeling particularly flush these days, at least in nominal terms.”

A handful of pantry staples and dairy items saw fairly significant price drops between January and November 2021. The price of spaghetti and the flour that it comes from, for example, fell by double digits. Cheese, ice cream, butter and bread all dropped by percentages in the mid-to-low single digits. That might not be a big deal in ordinary times, but with the overall rate of inflation coming in at 6.8% over that same time period, any break is welcome news for shoppers — and the economy, in general.

“Inflation is dangerous since the very expectation of inflation can cause inflation,” Zimmerman said. “Once this cycle starts, it can be difficult and painful to unwind. Much of our society is built on the expectation of relatively benign inflation, and few contracts have inflation escalators built in.”

The Big 3 — Energy, Food and Housing — Doled Out Most of the Suffering

The trifecta of American life and the country’s consumer economy are food, fuel and housing. They’re the things that no one can go without. Lower-income households already tend to spend much more of their budgets on these three essentials than the larger population — and it was exactly these three categories that inflation hit the hardest all year long.

“In 2021, inflation caused prices to go up for essential commodities,” said Jake Smith, owner and managing director of Absolute Reg. “Maintaining the same budget to buy household needs became a daily challenge for most people, especially those greatly affected by the pandemic.”

In terms of food, the price of the following items climbed by between 10% and one-third between November and January:

As Low Supply Tugged From One End, High Demand Pulled From the Other

An increase in demand can cause prices to rise, as can a drop in supply. The perfect storm of circumstances behind the economic drama of 2021 delivered both at the same time.

“There are two scenarios that would be most affected by inflation, either an inelastic demand with a supply disruption, or an inelastic supply with an increase of demand,” said Dr. Tenpao Lee, professor emeritus of economics at Niagara University. “For example, the food and energy sectors had inelastic demands with supply disruptions under the pandemic and resulted in significant inflations. The lumber and used car sectors had inelastic supply with an increase of demands under the pandemic, and this also resulted in significant inflation. On the other hand, some sectors that were discretionary and highly substitutable may have less impact from inflation. For example, name-brand apparel, sport entertainment, and luxury vacations.”

In 2020, the pandemic challenged conventional wisdom about the old-fashioned emergency account as side hustles offered more security than money collecting 0.06% in the bank. In 2021, those same emergency funds lost about 5% or 6% of their emergency-stopping power.

“The inflation in 2021 affected people who kept cash savings,” Kevin Miles, a specialist with LoanAdvisor. “And also, the workers with fixed wages.”

It’s impossible, after all, to discuss inflation without discussing labor.

As workers were able to buy less and less with the same paycheck, some had more negotiating power than others.

“This past year, inflation has especially affected workers in non-unionized jobs,” said Ahmed Mir, founder and managing editor of Sip Coffee House. “This is because the workers have less bargaining power to ask for higher nominal wages in order to keep up with the rising inflation. This means that at the end of the year, their wages are 5% less than when the year started.”

That, according to Smith, is exactly what drove so many people into the gig economy in 2021 — without a raise, a second income stream was the only way to battle back against the tide of higher prices.

“The effect of this mismatch in the inflation rate and the salary increase leaves people to sacrifice some primary commodities to counter the hike in product prices,” Smith said. “This situation forces them to level down their social needs to ensure that their income supports their lifestyle.”

Also, the year was not kind to businesses that make things here and send them there.

“It has had a huge effect on the export system too, where the exporters find the demand for goods declining, thereby becoming less competitive in the market,” Miles said.

But there’s also plenty of evidence to suggest that the market has already begun righting itself.

“The economy is dynamic in nature,” Lee said. “Consumers’ spending (demand) and suppliers/manufacturers’ response (supply) will shape the economic outcomes optimally. Therefore, inflation can be viewed as a short-term phenomenon and transitory.”