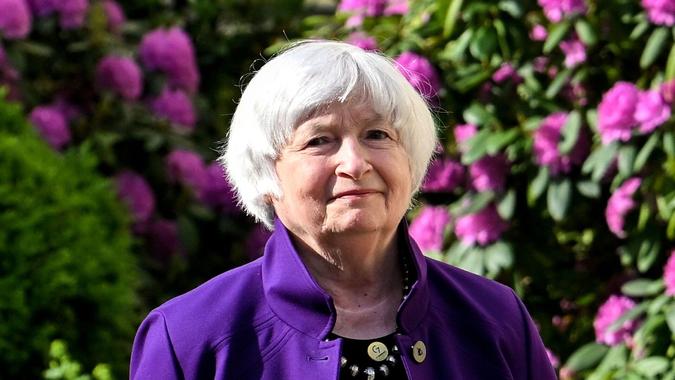 U.S. Treasury Secretary Janet Yellen conceded that she has been wrong about inflation and failed to anticipate how long it would last. Her comments come against the backdrop of soaring gas and food prices.

Consumer Price Index: How Much Did Inflation Increase the Price of Bacon, Bread and Eggs?
Find: Inflation Is at Historic Highs — Here’s What Could Have Been Done To Prevent It

In an interview with CNN on May 31, Yellen said:

“I think I was wrong then about the path that inflation would take.”

“As I mentioned, there have been unanticipated and large shocks to the economy that have boosted energy and food prices and supply bottlenecks that have affected our economy badly that I didn’t — at the time — didn’t fully understand, but we recognize that now,” she continued.

The comments came on the same day President Joe Biden held a meeting with Fed Chairman Jerome Powell and Yellen to address the four-decade high inflation.

Prior to the meeting, Biden issued a statement on the White House website about his plan to address inflation.

“It starts with a simple proposition: Respect the Fed and respect the Fed’s independence, which I have done and will continue to do,” he said. “The Fed has dual responsibilities: One, full employment.  Two, stable prices. Chair Powell and other leaders of the Fed have noted, at this moment, they have a laser focus on addressing inflation, just like I am. And with a larger complement of board members now confirmed, I know we’ll use those tools of monetary policy to address the rising prices for the American people.”

On May 27, the personal consumption expenditures price index (PCE) showed that it had increased 6.3% in April from one year ago, reflecting increases in both goods and services, with energy prices increasing a staggering 30.4% and food prices increasing 10%.

Speaking at a press conference following the meeting, Brian Deese, Director of the National Economic Council, who also attended, said that there was “uncertainty” as to how long inflation will last.

POLL: Do You Make a Weekly Meal Plan or Other Regular Household Budget?
Discover: As Gas Prices Rise, Costco & Sam’s Club Membership Costs Are Covered Just by Filling Up

“I will leave the predictions to forecasters.  I think you and others have seen most major forecasters out there and their projections, most projecting that we will see moderation in inflation over the course of the year.”