The Best Time of Year To Retire (To Maximize Your Benefits) 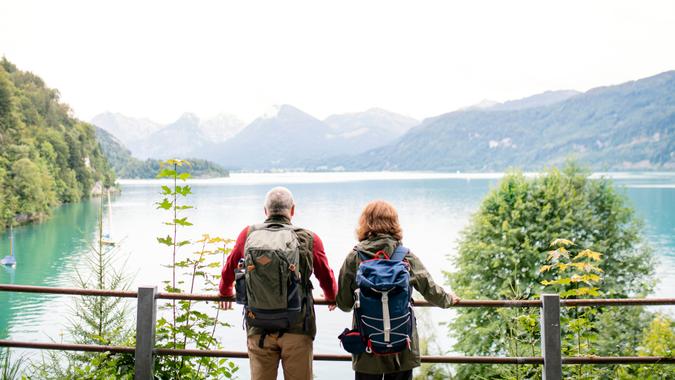 You’ve been dreaming of the day for decades, and now it’s almost here. This year or next, you plan to retire. But choosing the precise day to call it quits can be a tricky decision. Make the wrong move, and you could pay a hefty financial price.

Fortunately, experts can help steer you away from making big retirement mistakes. Here are some suggestions from financial planners about the ideal time to leave your job in the next couple of years.

Employees who work for the government and other employers offering a defined benefit pension should confirm their first date of service with the human resources department before scheduling their last day on the job, said Jason Silverberg, financial planner at Financial Advantage Associates in Rockville, Maryland.

Silverberg advises clients to consider retiring on the day after the anniversary of their first day on the job. “This will give you one more full year of service credit toward your pension calculation without working beyond that date without credits,” he said.

Some pension plans also factor in an employee’s age when calculating eligibility for retirement and the monthly benefit amount. So, workers should educate themselves on their company’s specific retirement rules.

The Very Beginning or End of the Year

If you lack cash reserves to cover your living expenses for a while following retirement, the best time to retire might be at the very beginning or very end of the year. “This way, you’re not pulling a lot of money out of your retirement accounts during a year where you might be in a higher tax bracket with earned income,” Silverberg said.

However, Silverberg recommends having cash reserves to cover three to five years of retirement expenses so you won’t have to take money out of investments such as stocks during a downturn. Another alternative is to work part-time from home.

Also, be aware of your age before you start withdrawing money from retirement accounts. “If you turn 59 1/2 years old at any point during [the year you’re planning to retire], then wait to take money from your retirement accounts until that time,” said Silverberg. “You will avoid a 10% early withdrawal penalty.”

When You Can Avoid a Required Minimum Distribution

The IRS requires retirees to take a minimum distribution from retirement accounts such as 401(k) plans and traditional individual retirement accounts beginning the year you turn 70 1/2. However, if you reach(ed) 70 1/2 on Jan. 1, 2020, or after, you may delay taking your first RMD until April 1 of the year after you reach age 72. Then, beginning that same year and continuing every subsequent year, you must take your annual RMD by Dec. 31.

There is an exception to the RMD rule for individuals who are still employed and have an employer-based 401(k) through their current workplace. As long as you keep working, you won’t have to take your first RMD until you retire. Unfortunately, this only works for employer-based retirement accounts — not IRAs.

When You Can Maximize Social Security Benefits

For an increasing number of older Americans, retiring from one career doesn’t necessarily mean leaving the workforce. Some might even choose to stay with their current employers after they begin collecting Social Security benefits.

In either case, Silverberg advises older clients who still earn a paycheck to hold off on claiming Social Security at least until they turn 67. Before that age — the current full retirement age under Social Security Administration rules — you will be penalized if you earn more than $18,960 in 2021 or $19,560 in 2022.

“Social Security will withhold $1 of benefits for every $2 earned above that amount,” Silverberg said.

When You Celebrate Turning 70

Workers can begin claiming Social Security benefits early, at age 62. This will reduce their monthly benefit amounts, however, with the reduction based on the number of months they receive benefits before reaching full retirement age.

Employees born before 1959 who retire between age 66 and age 67 (depending on the exact year of birth) are eligible for 100% of their Social Security benefits, but they can earn even more if they hold off on claiming. According to the Social Security Administration, putting off collecting Social Security can earn you up to 132% of your monthly benefit. However, that bonus stops increasing at age 70.

“If you turn age 70 at any point [during the next year], then claim Social Security,” Silverberg said. “You will not receive any monetary benefit for delaying it further.”

The Social Security Administration also recommends looking into signing up for Medicare at age 65, even if you decide to delay your Social Security claim. If you are still employed, however, check how enrolling in Medicare might impact your workplace-sponsored health coverage.

Before retiring, have a solid grasp of how much you will spend each year. Then, develop strategies for using investment income and other sources to supplement pension and Social Security benefits. Think long and hard about how you will spend your days well before putting in your two-weeks notice and leaving the workforce.

“It’s a good time to retire … if you feel ready to leave your job and if you have done a thorough financial analysis as to your ability to not outlive your money,” said Jones. “Deciding to retire should not be a ‘wing it’ decision.”

Charlene Oldham specializes in education, workplace issues, consumer finance, health and wellness and business personalities. A former business news staff writer for The Dallas Morning News whose varied resume includes a stint with Teach For America, Charlene has written freelance works that have appeared in publications including the Orlando Sentinel, SUCCESS, Organic Gardening and the St. Louis Post-Dispatch.
Learn More