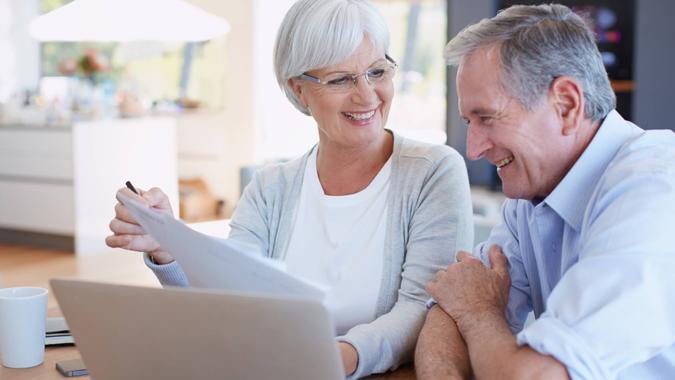 New life expectancy tables go into effect this year to determine required minimum distributions (RMDs) from IRAs, 401(k)s and other retirement plans, which means you’ll need to pay close attention to how your withdrawals might be affected.

Learn: How Much the Average Person Collects in Social Security
Explore: Most Tax-Friendly States To Retire

As GOBankingRates previously reported, RMDs were waived for 2020 because of the COVID-19 pandemic, but they returned last year along with changes to the age requirements.

Things could get even more complicated this year because of the new life expectancy tables.

“There are a couple of tricky situations that will only happen this year,” Ed Slott, a CPA and founder of Ed Slott and Co., told CNBC. As the IRS notes on its website, most seniors had to start taking withdrawals from their IRA, SIMPLE IRA, SEP IRA, or retirement plan account when they reached age 70½. However, because of changes made by the SECURE Act of 2019, if your 70th birthday was July 1, 2019 or later, you don’t have to take withdrawals until you reach age 72. Withdrawals from Roth IRAs aren’t required until after the death of the owner.

If you reached age 70½ before 2020, then RMDs kicked in at that point. But if you turned or will turn 70½ in 2020 or later, the mandatory withdrawals aren’t required until you reach age 72.

The amount you must withdraw each year is typically determined by dividing the previous year-end balance of each qualifying account by a “life expectancy factor” as defined by the IRS, CNBC noted. Because the agency’s new tables assume you will live longer, it might reduce the amount you need to withdraw.

The new tables “give you about one to two years more in life expectancy,” Slott said.

One important thing to keep in mind: In your first year of RMDs, the required withdrawal can be delayed up until April 1 of the following year, which means you would have two RMDs in a single year. If you delayed your 2021 RMD to take advantage of the rule, make sure you use the right account balances and life expectancy tables. A 2021 RMD would be based on the old life expectancy tables and the account’s balance on Dec. 31, 2020. A 2022 RMD would be based on the new tables and the balance at the end of 2021.