146 Cities Joined the Million Dollar List in 2021 — How Does That Impact Your Ability To Buy a Home? 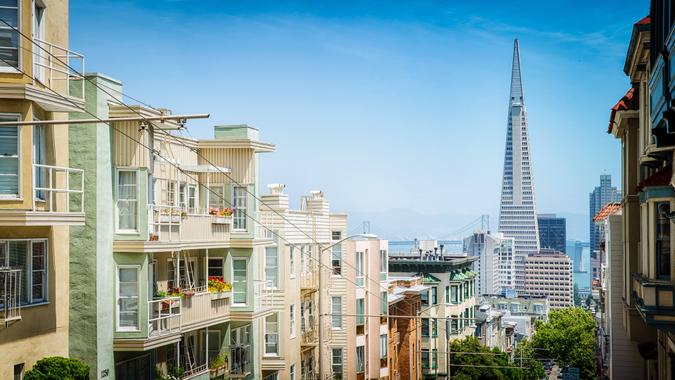 Living in a million-dollar city sounds awesome. Your world will be filled with golden playgrounds, five-star restaurants and designer boutiques, right? Nah. What it really means is that homes are very expensive, and your monthly mortgage payment could be a real whopper.

See: Mortgage Rates Hit Highest Level Since May 2020
Find: Experts Predict What the Housing Market Will Look Like in 2022

A “million-dollar city” is one in which the typical home value is at least $1 million — and there are a lot of those popping up in the United States. A record 146 new U.S. cities became million-dollar cities in 2021, which was the highest-ever number of new entrants in a single year, according to a new report from Zillow. That brought the total to 481 cities nationwide.

The number of cities that rose above $1 million in value last year is almost triple the number in in 2020. That shouldn’t come as a surprise, considering that home values in the U.S. grew at a record pace in 2021, with Zillow estimating that the typical U.S. home value grew just less than 20% for the year.

Don’t look for much letup this year, either. As GOBankingRates previously reported, Zillow expects average U.S. home prices to rise 14.3% in 2022 vs. last year, with certain cities in the South eyeing much higher increases.

Prices have been pushed up by surging demand for housing and a shortage of supply as the home building industry contends with supply chain problems, a shortage of raw materials and not enough workers. Rising mortgage rates could push the cost to buy a new home even higher.

The good news is, you don’t have to dish out anywhere near $1 million for the typical home in the U.S. The average home value in the U.S. currently stands at $325,677, according to Zillow.

But even states like Idaho, Montana and Tennessee now have million-dollar cities. And the most expensive city is Indian Creek, Florida, an exclusive 300-acre island in Biscayne Bay in Miami. A typical home there costs around $28.3 million.

Other municipalities high up on the list are Atherton on the San Francisco Peninsula; Hunts Point, Washington; Jupiter Island, Florida; and Sagaponack, New York.