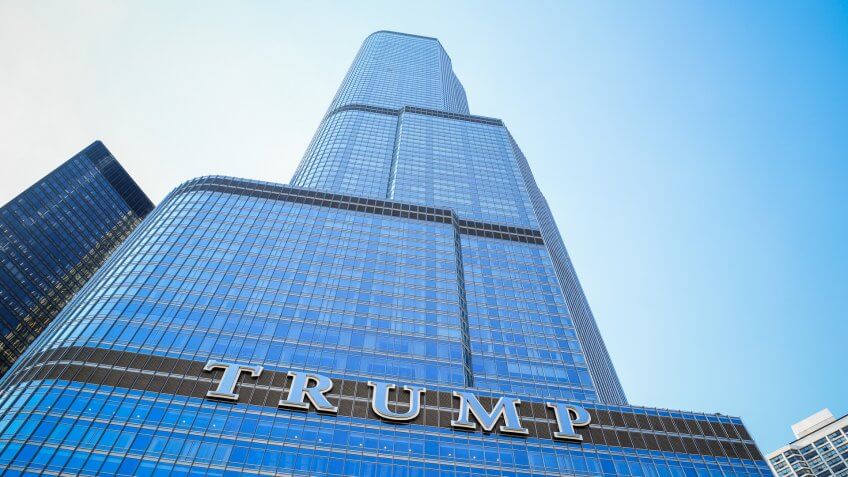 President Donald Trump has had plenty of business flops — Trump University and Trump Airlines, to name a few — but countless major real estate properties across the country stand as testaments to his success.

His most famous holdings, like Trump Tower New York, put big money into both President Trump’s net worth and the family brand. But Trump Tower NYC is just one property in one state.

Click through to see where some of Trump’s most valuable holdings call home. 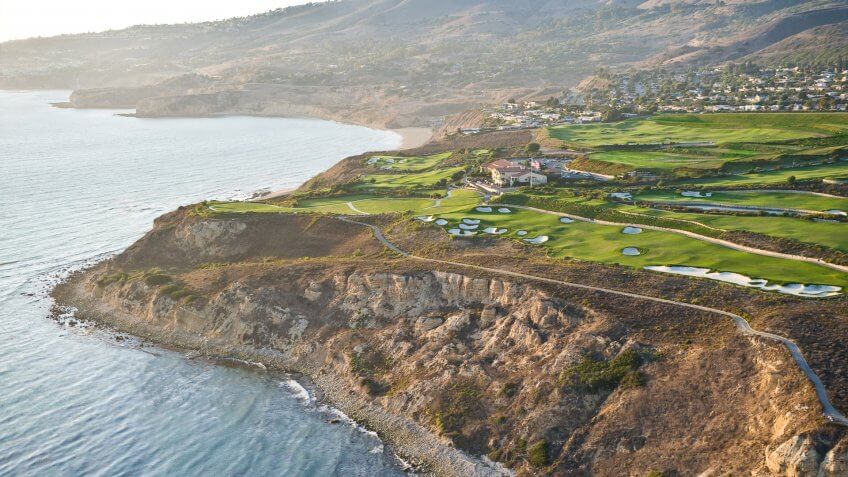 The 18-hole Trump National Golf Club just outside of Los Angeles offers panoramic views of the Pacific coast. Also serving as a destination for weddings and events, the property is worth more than $50 million and brought in an income of about $20 million in 2017 from golf revenue and land sales.

The public course surrounds Trump’s other California holding: The Estates at Trump National. 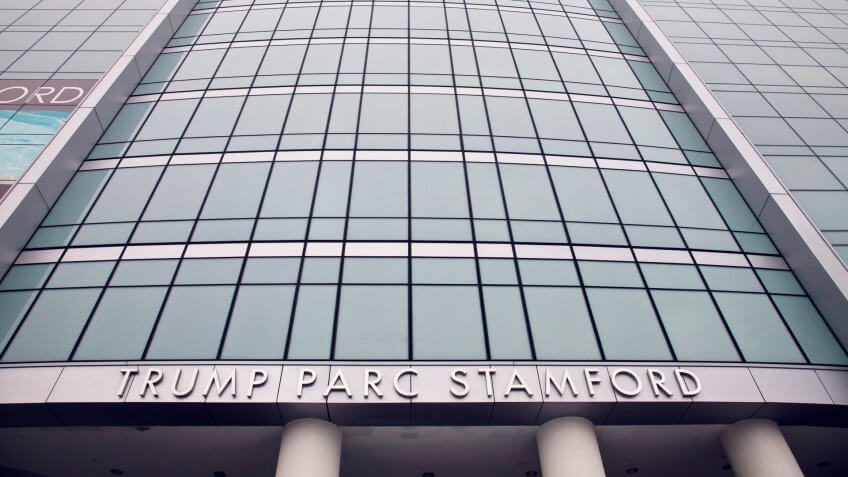 Trump Parc Stamford is the president’s only property in Connecticut. It also holds the title of the only luxury high rise in the city of Stamford. Residences in the building have views of the New York City skyline, where Trump’s business mecca is headquartered. 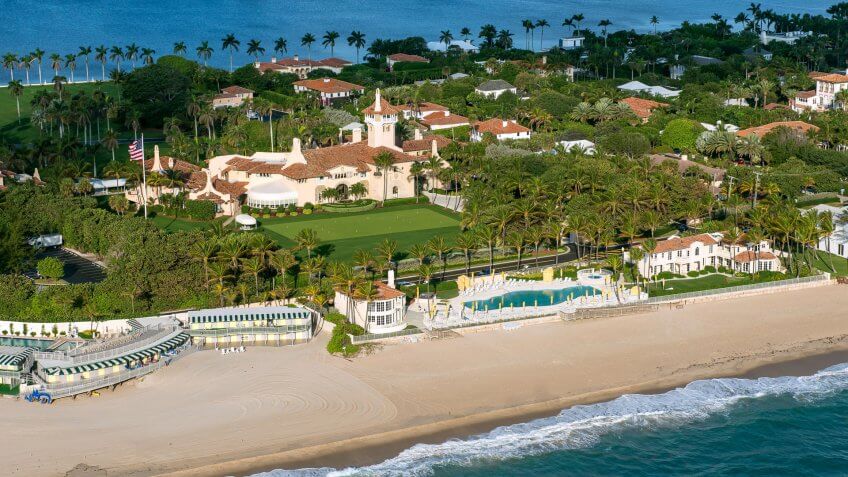 Only New York hosts more Trump properties than Florida, which is home to seven. The famous Mar-a-Lago Club, President Trump’s weekend getaway of choice, is worth more than $50 million and earns nearly $25.2 million per year.

Trump National Doral in Miami and Trump National Golf Club Jupiter are also worth more than $50 million each. They bring in $74.8 million and $14.2 million per year, respectively.

The third-most profitable Trump business in Florida is the Trump International Golf Club, which is worth between $25 million and $50 million. It earns more than $12.8 million annually.

Trump’s other Florida properties include: 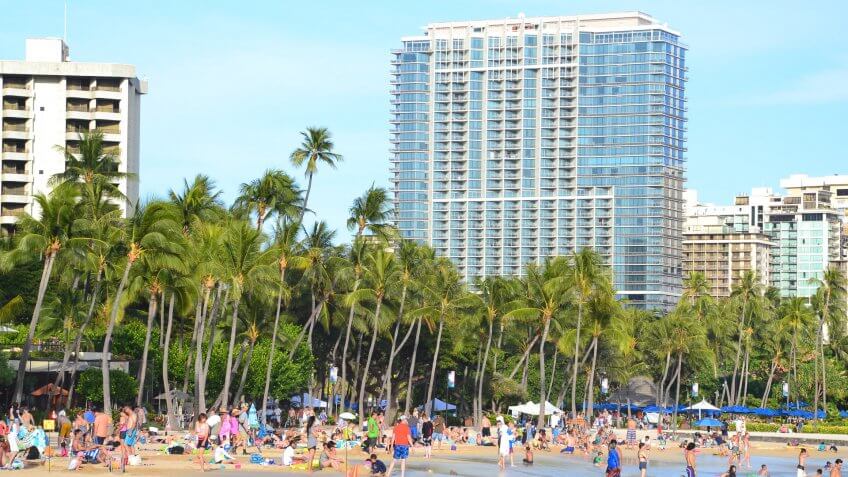 The only Trump property in the state of Hawaii is part of the Trump hotel business: Trump International Hotel & Tower Waikiki. The hotel, which held the title of best in Waikiki for 76 consecutive months on TripAdvisor, is just off the beach in Honolulu. The hotel brings in more than $2 million a year. 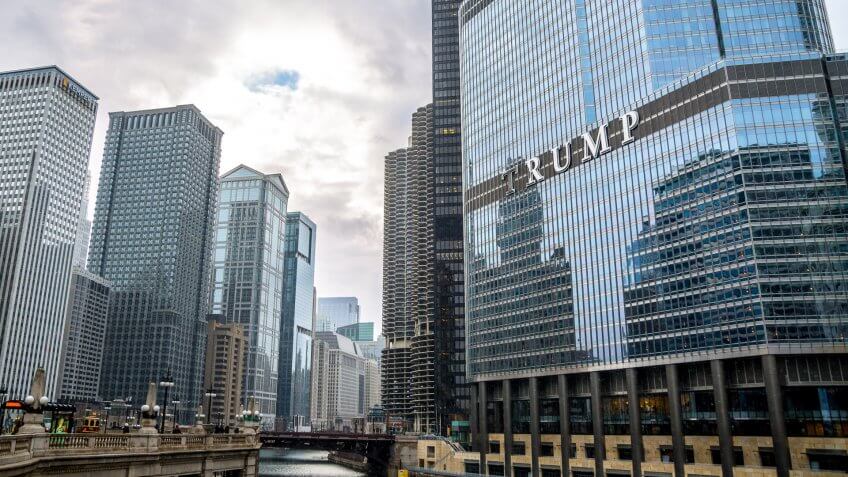 What He Does With That Income: President Trump’s 15 Surprising Spending Habits 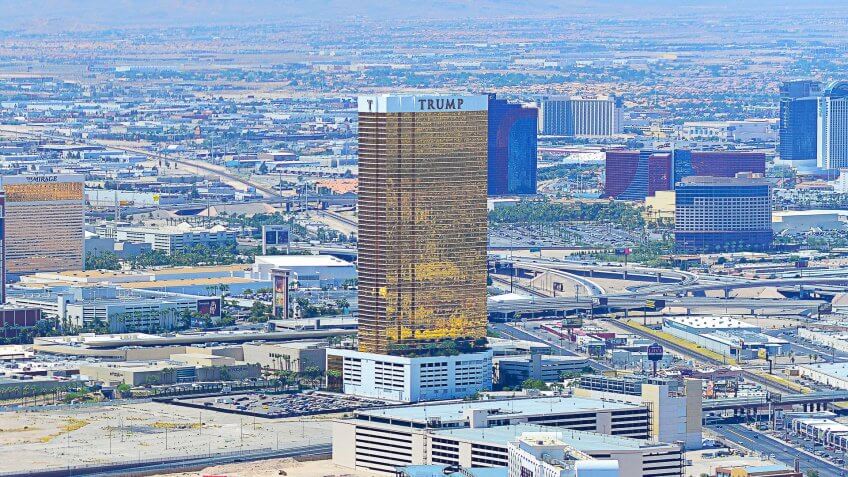 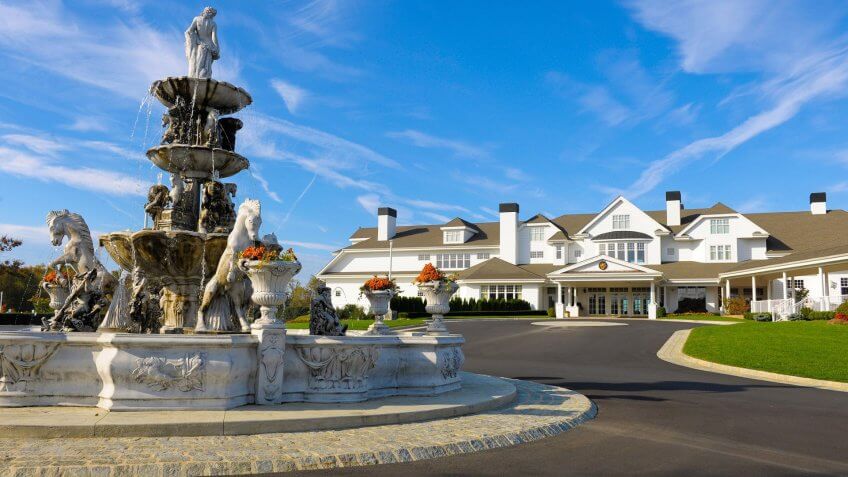 New Jersey used to be home to a third Trump property, Trump Plaza Hotel and Casino, but the luxury residential tower in Jersey City closed in 2014.

Not Cheap to Play: 9 of Donald Trump’s Most Expensive Golf Courses 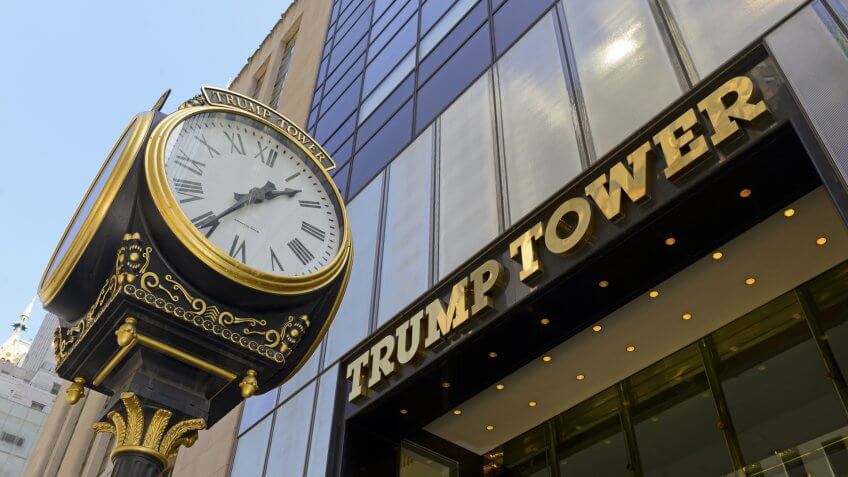 Home to the 15 properties included here, New York is the heart of Trump’s business empire. Though arguably the most famous of his properties, Trump Tower New York is actually not the top-earner in the state, though it is worth more than $50 million and earns more than $5 million per year.

Trump Park Avenue takes the cake as the most valuable Trump property in New York. According to his financial disclosure filed in 2018, it’s worth more than $50 million and claims an income of over $16 million when you include rent and condo sales. Trump National Golf Club Westchester is second-best, valued at more than $50 million and bringing in just shy of $7.2 million.

There are multiple other Trump golf courses in the state, too. Both Trump National Golf Club Hudson Valley and Trump Golf Links at Ferry Point are worth between $5 million and $25 million, earning $4.3 million and $6.6 million per year, respectively.

Despite its name, Trump Palace is not the most lavish of Trump’s New York properties, worth between $1 million and $5 million. And it seems that people aren’t willing to pay for this one as it only brings in between $15,000 and $50,000 in a year.

The state is also home to: 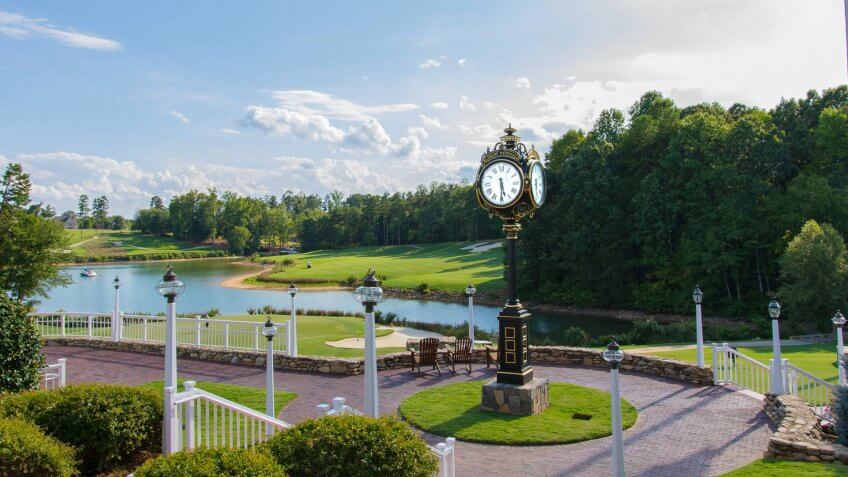 North Carolina is home to just one Trump property, Trump National Golf Club Charlotte, which is valued at between $5 million and $25 million. The club earns profits of about $11.7 million a year.

Where He’s Lived: Check Out How Much Some of President Trump’s Luxe Homes Are Worth 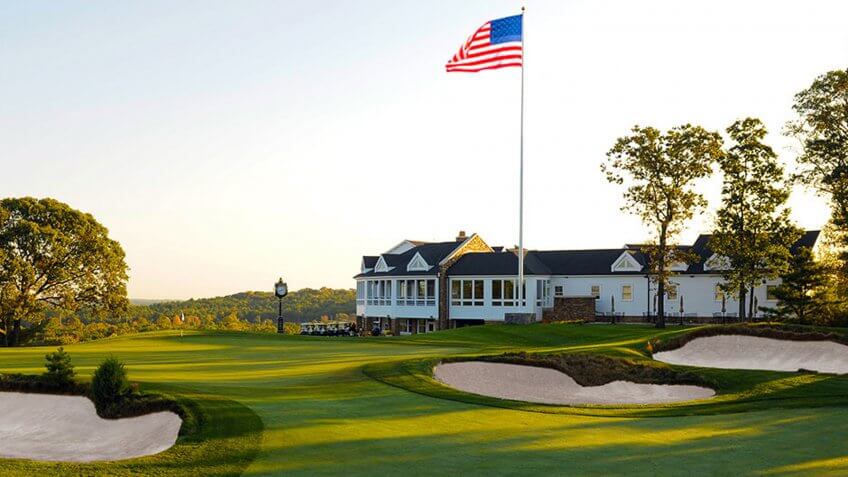 Pennsylvania also counts just one Trump property in the state. With annual profits just shy of $4.5 million, the Trump National Golf Club Philadelphia is worth between $5 million and $25 million.

Read on if you’re curious about how much it costs to live like Melania Trump. 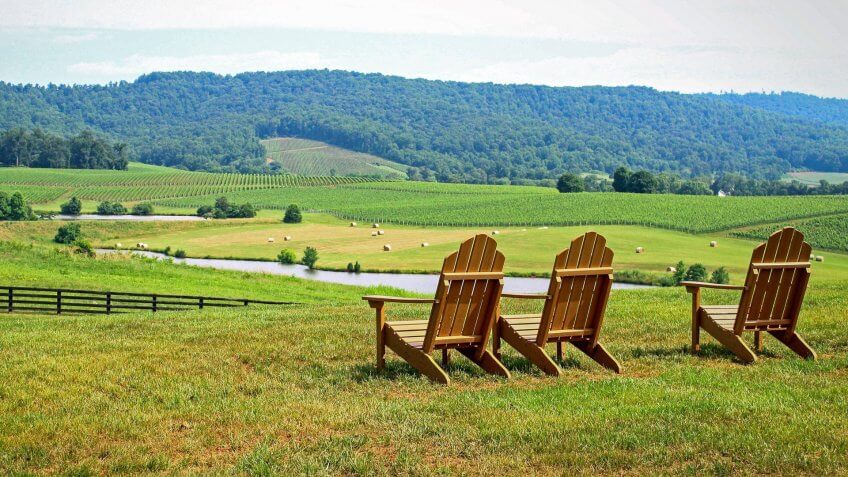 Trump Vineyard Estates is worth between $5 million and $25 million. It earns the brand between $100,000 and $1 million a year. Virginia is also home to Trump Winery and Albemarle Estate at Trump Winery. 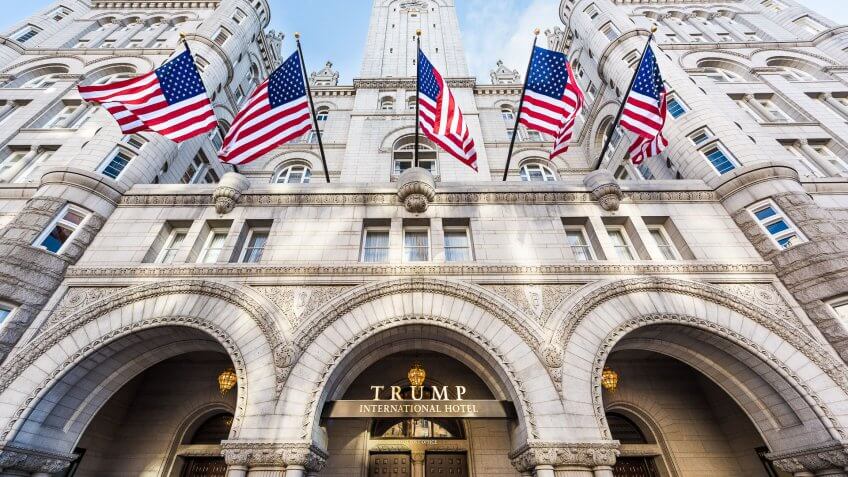 Click through to read more about how much it has cost to secure Trump Tower since Trump became president.

All property values and earnings were sourced from Donald Trump’s financial disclosure filed with the U.S. Office of Government Ethics in May 2018. Only those properties whose names matched exactly between the Trump Organization website and the entries in the report were included in this article. Some properties might be excluded. 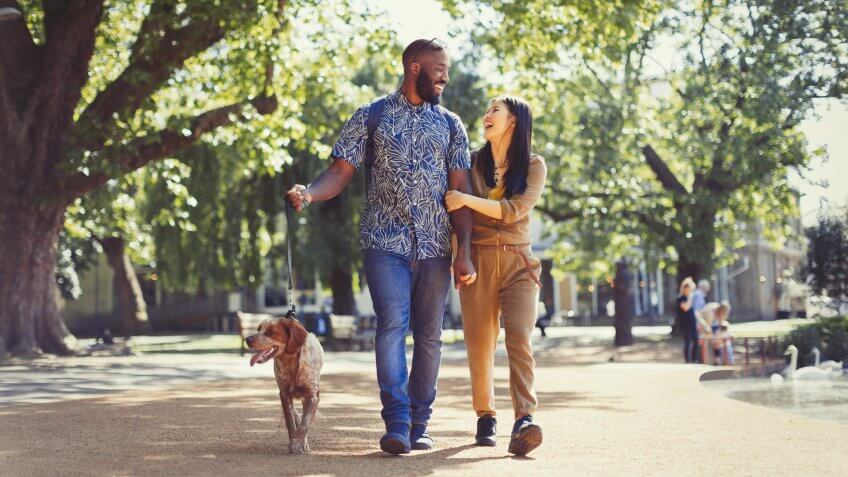 Buy While You Can: 20 Hottest Neighborhoods in the US

Some of the hottest neighborhoods still offer a good deal.