Do Prices Go Down In a Recession? Here’s What Usually Gets Cheaper 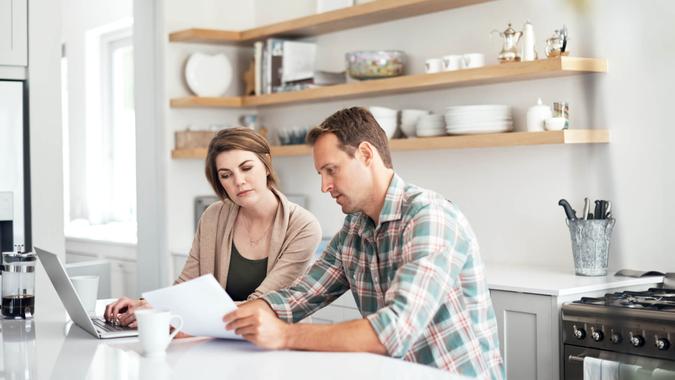 While the prices of individual items may behave unpredictably due to unexpected economic factors, it is true that a recession might cause the prices of some items to fall.  Because a recession means people usually have less disposable income, the demand for many items decreases, causing them to get cheaper. Now that a recession is predicted to be just around the corner, find out which items usually decrease in price during a recession and which ones don’t.

What Is a Recession, and How Does It Affect Prices?

A recession is usually defined as a period of two consecutive quarters or more of a widespread, prolonged and significant downturn in economic activity. This decline can be seen by measuring a country’s gross domestic product.

During a recession, companies often have to cut back on hiring and lay off a portion of their employees. Because of this, unemployment often rises, and many people experience a decrease in disposable income. Because people have less money to spend, demand falls, taking the prices of many goods and services with it.

Because a decline in disposable income affects prices, the prices of essentials, such as food and utilities, often stay the same. In contrast, things considered to be wants instead of needs, such as travel and entertainment, may be more likely to get cheaper.

There is some discussion currently about whether we are already in a recession, or whether one is just around the corner. According to the traditionally accepted definition of a recession — two quarters of a downturn in gross domestic product — we entered a recession in the summer of 2022.

The National Bureau of Economic Research disagrees, defining a recession as a period of downturn in the economy lasting longer than two quarters. However, analysts predict that a decline in the economy is likely, and thus the prices of many goods and services may fall as well.

Do Home Prices Go Down in a Recession?

Homes are one of the items that usually get cheaper during a recession. In fact, in many markets, especially those where housing prices are higher than average, prices have already begun to fall. In San Francisco, prices are down 8.20% from their 2022 peaks, in San Jose, 8.20%, and in Seattle, 7.80%. Some analysts predict that home prices may fall by as much as 20% in over 180 U.S. markets.

Do Gas Prices Go Down in a Recession?

Gas prices may go down in a recession, depending on multiple external factors. During the 2008 recession, the price of gas fell by as much as 60% to $1.62 per gallon. Most experts believe that a recession would cause gas prices to fall. However, because not all gas is produced domestically, external factors such as the Russian invasion of Ukraine may keep prices high. Another factor to consider is that gas is an essential item — its demand can only fall so far as long as most people still need to drive to get to work or to buy groceries.

Do Car Prices Go Down in a Recession?

While car prices have often fallen during previous recessions, analysts predict that this may not be the case this time. In the past, when entering a recession, the U.S. usually had a surplus of unsold trucks and cars, and as demand decreased, they had to lower prices to sell off inventory. However, because of supply chain issues during the pandemic, automobile supply fell below demand, causing prices to skyrocket. Because of this, car prices are predicted to stay high, as dealers will not have much excess inventory to sell.

“Through 2022 and into 2023, we’re not going to be seeing a lot of discounting,” says Charlie Chesbrough, senior economist at Cox Automotive. “There’s not going to be a lot of inventory, to where the dealer is forced to negotiate with you.”

Is a Recession a Good Time To Buy?

A recession is often a good time to buy investments and big-ticket items such as housing. Because of this, it is usually recommended when going into a recession to move a portion of assets into liquid cash. This way, you avoid being trapped in investments that may decrease in value and are able to invest in things such as housing when prices drop. People looking to make larger purchases such as cars or homes should look into how a recession may affect their particular local economy and the effect it may have on prices in their area.